Book of Mormon Central / KnoWhys
How Can We Be Strengthened by Lucy Mack Smith's Testimony of the Book of Mormon? 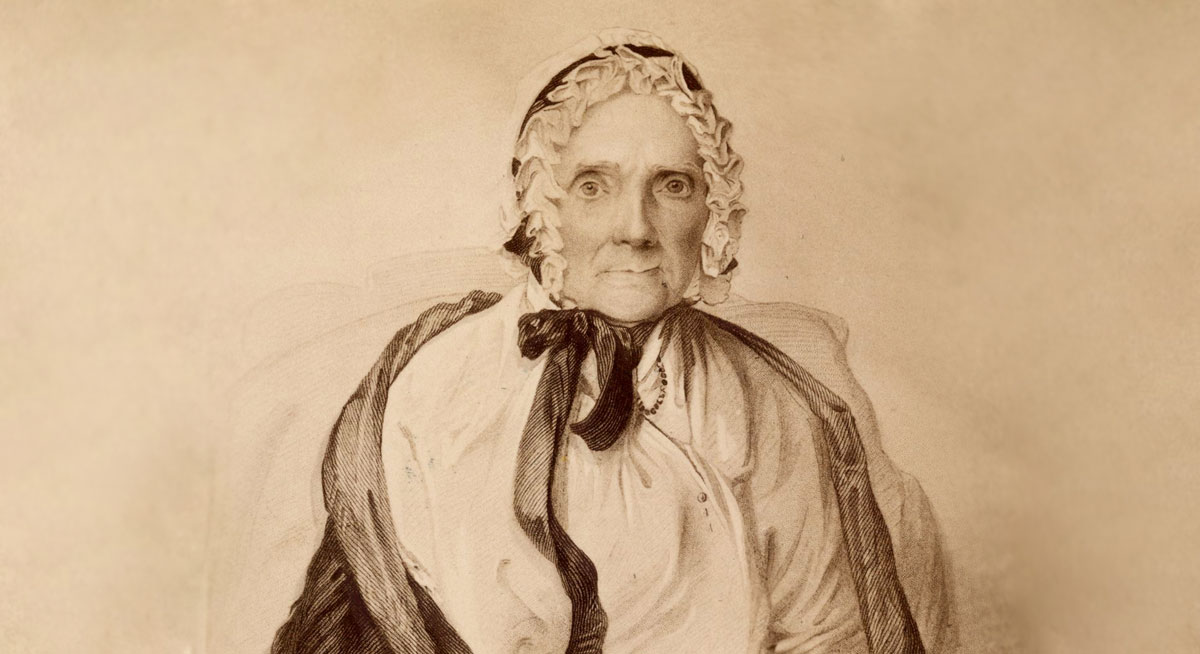 Image of Lucy Mack Smith via LDS Church History
"Wherefore, the Lord God will proceed to bring forth the words of the book; and in the mouth of as many witnesses as seemeth him good will he establish his word."

In 2 Nephi 27:14, Nephi boldly testified that “the Lord God will proceed to bring forth the words of the book; and in the mouth of as many witnesses as seemeth him good will he establish his word.” One of the most powerful witnesses of the Book of Mormon in the early days of this dispensation came from Lucy Mack Smith, the mother of Joseph Smith.1 Lucy Smith was intimately involved in bringing forth the Book of Mormon and bore testimony of the book throughout her life.2

Lucy had the rare privilege of handling the golden plates as well as the Urim and Thummim and the breastplate while they were covered with a cloth, and may have actually seen the plates uncovered as well.3 She was also present for several important occasions, such as when the plates were first brought to the Smith house and when the Three Witnesses went into the woods to receive their vision.4 It is not surprising, then, that she would turn to her witness of the Book of Mormon during times of trouble. 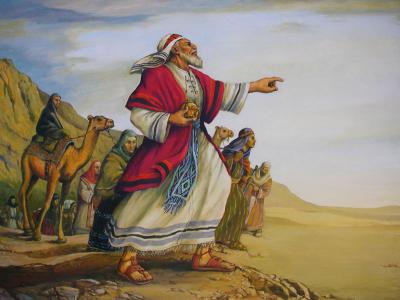 For example, while leading a group of immigrants by boat from New York to Ohio, Lucy inspired them by comparing their journey to Lehi’s voyage across the ocean: “Now Brethren and Sisters, we have just set out as Father Lehi did to travel, by the commandment of the Lord, to a land that He will show us if we are faithful. I want you all to be solemn and lift your hearts to God in prayer continually, that we may be prospered.”5

During the voyage, the boat she oversaw got stuck because of ice jamming the waterway. A man heckled her from the shore, yelling “Is the Book of Mormon true?” She replied, “The book was brought forth by the power of God and translated by the same power, and if I could make my voice sound as loud as the trumpet of Michael, the archangel, I would declare the truth from land to land and from sea to sea and echo it from isle to isle, until everyone in the whole family of man was left without excuse—for all should hear the truth of the gospel of the Son of God.”6

Once, while doing missionary work in Michigan, Lucy encountered a man called Reverend Ruggles, who asked her, “Are you the mother of that poor foolish, silly boy, Joe Smith, who pretended to translate the Book of Mormon?” She replied, “I am, sir, the mother of Joseph Smith; but why do you apply to him such epithets as those?” He replied, “Because that he should imagine he was going to break down all other churches with that simple Mormon book.” When she asked him if he had ever read the book, he said it was, “beneath my notice.” She replied, “Let me tell you boldly, that that book contains the everlasting Gospel, and it was written for the salvation of your soul, by the gift and power of the Holy Ghost.”7

Years later, after the Haun’s Mill massacre, the survivors found comfort through a song written by Lucy Mack Smith.8 It was called Moroni’s Lamentation, and is a reinterpretation of the last great Nephite battle from Moroni’s point of view.9 For these people who, like Moroni, had seen so many friends and family members die, the song meaningfully paralleled their own situations. Perhaps because the song resonated with the early Latter-Day Saints, who had seen so much death and violence because of their religion, it was included in its entirety in her obituary as a tribute of her faith in and reliance on the Book of Mormon in times of hardship.10 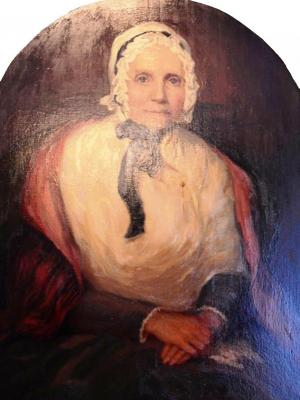 As Marion G. Romney stated, “From almost every page of the book, there will come to [us] a moving testimony that Jesus is indeed the Christ, the Son of the living God, our Redeemer and Savior. This witness alone will be a sustaining anchor in every storm.”13 The testimony of Christ found in the Book of Mormon can be the thing that we cling to in difficult times, and the truth that we return to when our faith is challenged.14 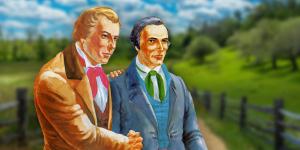