Does Psalm 22 Really Say “They Pierced My Hands and My Feet”? 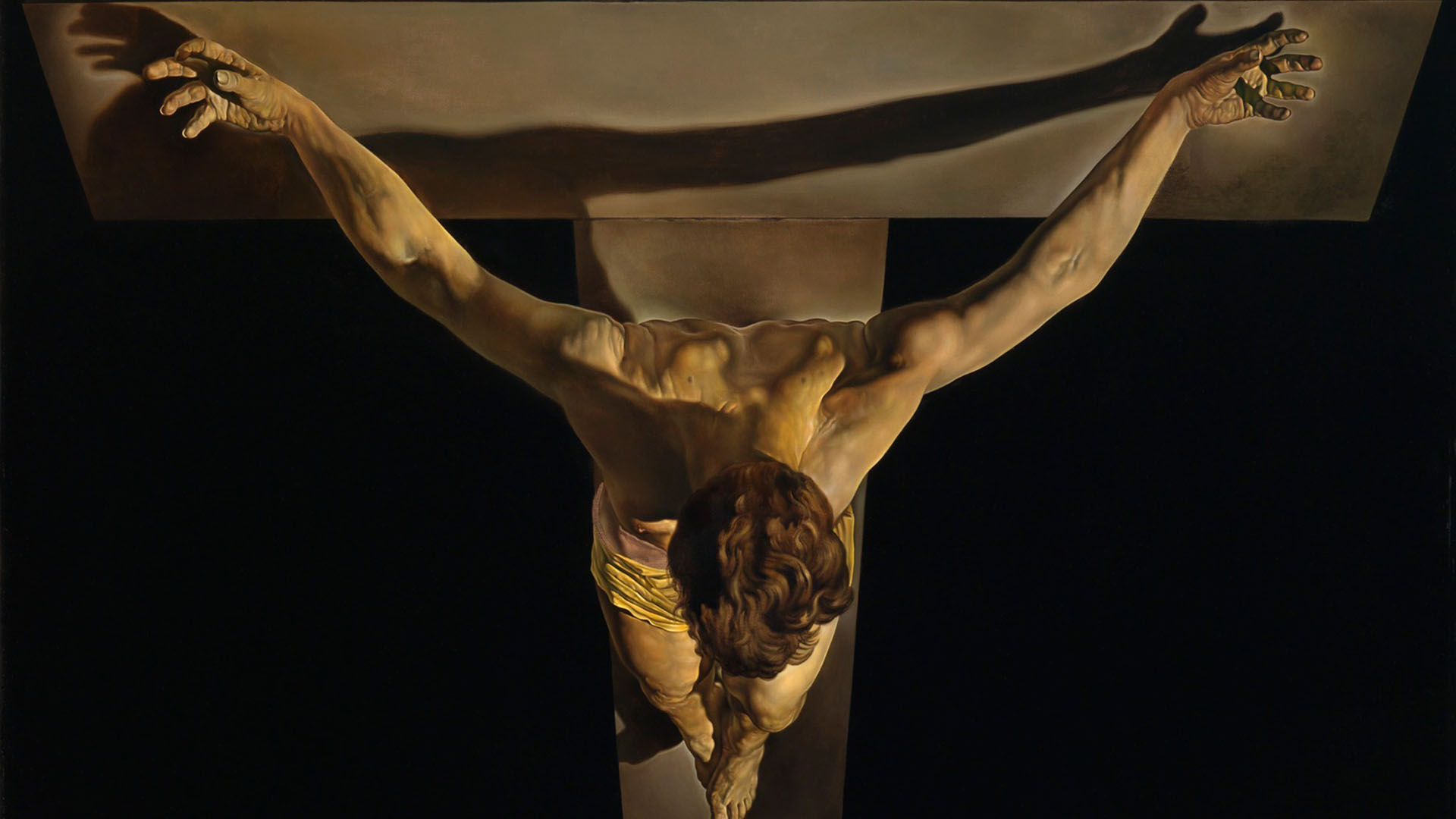 Christ of Saint John on the Cross by Salvador Dali.
“For dogs have compassed me: the assembly of the wicked have inclosed me: they pierced my hands and my feet.”

Christians have often read and appreciated Psalm 22, interpreting many of its words to be prophetic foreshadowings of the Savior’s Crucifixion and Atonement.1 Jesus Himself quoted the opening line of this psalm as He hung on the cross: “And about the ninth hour Jesus cried with a loud voice, saying, Eli, Eli, lama sabachthani? that is to say, My God, my God, why hast thou forsaken me?” (Matthew 27:46; cf. Psalm 22:1). These words effectively invited those who heard Him to remember all the powerful lines in this messianic psalm.

An especially pointed parallel to Christ’s Crucifixion comes in Psalm 22:16, which says, “they pierced my hands and my feet.” The King James Version and other English translations of the Bible found this phrase in the traditional Latin Vulgate and in the Septuagint, an early Greek translation of the Old Testament. In contrast, the standard Masoretic Hebrew version reads, “like a lion [are] my hands and my feet.” Hence, the Jewish Publication Society’s 1985 translation of this psalm reads, “like a lion they maul my hands and feet.” Many modern translations provide similar renderings.2

This variation in readings stems from one minor difference in a single letter in the Hebrew text, creating a mix-up between “the two letters [vav and yod] most easily confused in Hebrew.”3 This has led to a wide variety of different translations, all trying to make sense of the ambiguous phrasing of the Masoretic text.4 Over the centuries, these two competing variants generated considerable controversy between ancient Christians and Jews, and today biblical scholars continue to debate over the wording of this passage.5 The discovery, translation, and publication of the Dead Sea Scrolls in recent decades, however, as well as the study of other ancient translations and texts provide very important new light on this psalm’s original reading.

As noted earlier, the Greek Septuagint provides the earliest evidence for “pierced” as the original reading.6 The Septuagint was translated and compiled in the third century BC and was the version of the Hebrew Bible used by New Testament authors and preferred by early Christians since most spoke Greek but few were familiar with Hebrew.7 Since all extant copies of the Septuagint are from later centuries, however, some scholars believe that this passage in the Greek Psalms was tampered with by early Christians to support their theology (cf. 1 Nephi 13:24–26). Hopkin, however, finds three very notable translations of the Hebrew Bible for the Jewish community dating to the first centuries AD that strongly support the Septuagint’s reading.8

Even more significantly, discoveries from the Dead Sea Scrolls offer further evidence that the reference to “pierced” hands and feet reflects an ancient Hebrew text and was not edited by later scribes.9 As explained by three well-respected scholarly translators of the Dead Sea Scrolls:

Psalm 22 is a favorite among Christians since it is often linked in the New Testament with the suffering and death of Jesus. A well-known and controversial reading is found in verse 16, where the Masoretic Text reads “Like a lion are my hands and feet,” whereas the Septuagint has, “They have pierced my hands and my feet.” Among the scrolls the reading is found only in the Psalms scroll found at Naḥal Ḥever (abbreviated 5/6ḤevPs), which reads “They have pierced my hands and my feet”!10

Most scholars now agree that this translation of the fragment is correct, and photographs of the discovery confirm that the Hebrew text uses the vav rather than the letter yod.11

This factual information is important for several reasons. First, it rewards careful study of ancient texts of the Psalms. Examining the minutia of textual variants in ancient manuscripts can at times seem tedious and dull. Yet Joseph Smith declared, “We believe the Bible to be the word of God as far as it is translated correctly” (Articles of Faith 1:8). This belief can motivate Latter-day Saints to seek for and examine the best textual sources and “use whatever tools of analysis are available to translate biblical texts correctly.”12 Likewise, all who accept the Bible as holy scripture have a vested interest in utilizing reliable sources and all available tools to determine the best and most accurate renderings of biblical passages.

Second, it shows that even a minor textual variant can have great significance (see Alma 37:6–7). Here, a change in only a single Hebrew letter has a major impact on the meaning, translation, and historical and theological implications of this important passage. For years, many scholars were convinced that the Greek Septuagint reading of one key word in Psalm 22:16 was in error. Yet, as noted by Hopkin, this fragment among the Dead Sea Scrolls shows that the Septuagint reading as “pierced my hands and my feet” is actually “not a late change introduced into the manuscripts of the Psalms in support of Christian theology, but rather that it existed before the Jewish/Christian controversy began.”13

Third, awareness of this development also provides insight into assessing prophetic texts, meaning those that appear to accurately anticipate or describe future events. As Hopkin aptly observed, “The arguments against [prophetic] types of texts are often circular. If a person does not believe that prophecy exists, any text that would appear to predate an event of which it speaks is disallowed and is believed to have been added after the actual event.”14 The confirmation of the Septuagint reading of Psalm 22:16 in the pre-Christian Hebrew Dead Sea Scrolls illustrates that its evidently prophetic wording was not an after-the-fact interjection. Indeed, the New Testament indicates that Davidic psalms speak much concerning Jesus, for David “foresaw the Lord always before [his] face” (Acts 2:25)

Naturally, such discoveries can be faith-promoting for Latter-day Saints and others who recognize and affirm the prophetic nature and divine source of all scripture. As in the Bible, prophets in the Book of Mormon also prophesied of multiple events that would not be fulfilled for centuries, yet readers need not think that Mormon or other editors (or even Joseph Smith as the text’s translator) manipulated the ancient scriptures to make it appear that they had been fulfilled by events of their day.15 Through divine revelation, prophets really can see and foretell “that which is to come” (Mosiah 3:1).

Of course, there remains a variety of possible interpretations of Psalm 22:16, and even with evidence that “pierced my hands and my feet” is the stronger reading, individuals must decide for themselves “whether or not this phrase points to Jesus.”16 For Latter-day Saints, the New Testament and Book of Mormon offer compelling witnesses to the fulfillment of many Old Testament prophecies regarding Jesus Christ. This attestation of Psalm 22:16 in the Dead Sea Scrolls can be seen as one of the most striking witnesses of ancient scriptural prophecies regarding the divine ministry of Him, our suffering Lord and resurrected Savior.