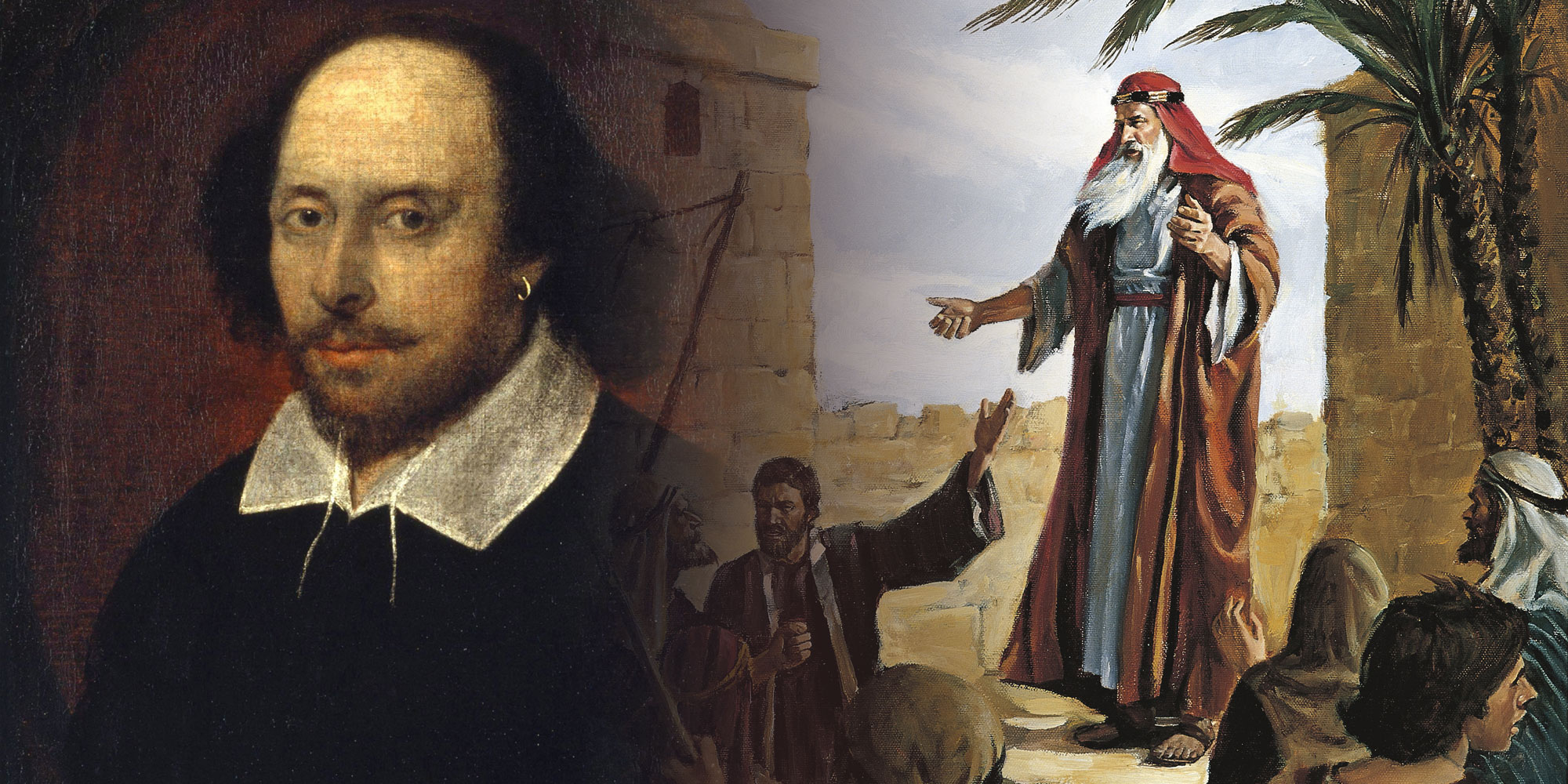 Shakespeare and Lehi. Image by Book of Mormon Central
". . . from whence no traveler can return"

Shortly before his death the prophet Lehi admonished his children, “Awake! and arise from the dust, and hear the words of a trembling parent, whose limbs ye must soon lay down in the cold and silent grave, from whence no traveler can return; a few more days and I go the way of all the earth” (2 Nephi 1:14, emphasis added). This line has attracted criticism from a number of writers, who claim this passage plagiarizes Shakespeare’s play Hamlet. “But that the dread of something after death,—The undiscover'd country, from whose bourn / No traveller returns” (Hamlet 3.1, emphasis added). One of Joseph Smith’s earliest critics, Alexander Campbell, sarcastically mused that “Shakespeare was read by Nephi 2200 years before he was born.”1 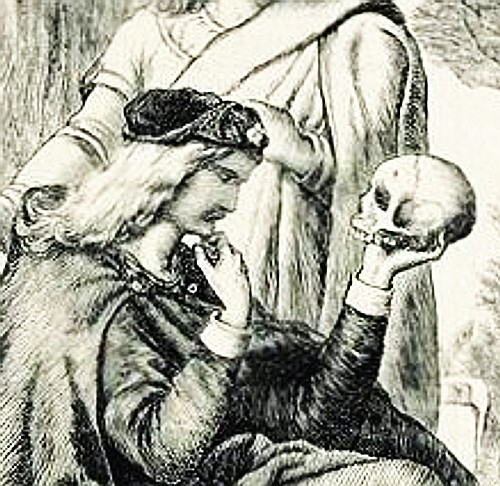 Latter-day Saint scholars have responded to this criticism by pointing out that the imagery and language found in 2 Nephi 1 appears, for example, in the Bible: “Are not my days few? cease then, and let me alone, that I may take comfort a little, Before I go whence I shall not return, even to the land of darkness and the shadow of death” (Job 10:20–21; cf. Job 7:9–10; 16:22, emphasis added). Both B. H. Roberts and Hugh Nibley accordingly argued that the imagery is therefore not original to Shakespeare, but finds antecedents in the ancient world.2

Concerning Lehi’s teachings about death and the spirit world in 2 Nephi 1, Latter-day Saint scholar Robert F. Smith has pointed out that “the constellation of ideas and expressions found there (and in parallel texts) were available throughout the ancient Near East in Lehi's own time.”3

Smith draws specific attention to Babylonian, Egyptian, and Israelite/Canaanite beliefs concerning death and the netherworld that closely parallel Lehi’s own teachings. For instance, we find language similar to Lehi’s in such places as one of the Egyptian Pyramid Texts (“May you not go on the roads of the western ones [the dead]; They who go on them [travelers] do not return”) and the Sumerian Descent of Inanna (“Why, pray, have you come to the ‘Land of No Return,’ / On the road whose traveler returns never, / How has your heart led you?”).4

Lehi’s teachings and language concerning death find clear parallels in the ancient Near East. Even if the language may loosely parallel Shakespeare, ultimately both Lehi and Shakespeare derive their imagery on this point from ancient perceptions of life after death.

As Smith explains, the significance of this information goes beyond merely being a refutation of an alternative explanation: “This should give some hint of what lies in store for those who systematically apply knowledge of Egyptian language, religion, and culture to an understanding of the Book of Mormon—a book written in Egyptian script, if not in that very language.”

Smith continues: “This also demonstrates that the purported Shakespearean quotation can hardly be given credence as something from a late period.” As such, Lehi’s usage of this imagery does fit a more “complete ancient Near Eastern image of death and the Netherworld,” and is not some clumsy plagiarism of Shakespeare.5

Smith therefore rightly concludes, “The parallels with the KJV and with other books available to Joseph cannot be taken as anything more than an effort at making a good, modern translation simply because the ancient Near Eastern parallels are so much closer and better integrated in the Book of Mormon than examples more contemporary with Joseph.”6 What was therefore once a criticized weakness in the Book of Mormon is now actually a piece of evidence for its authenticity. As Nibley quipped, “And so the most popular and obvious charge of fraud against the Book of Mormon has backfired.”7