Book of Mormon Central / KnoWhys
Did Abinadi Prophesy During Pentecost? 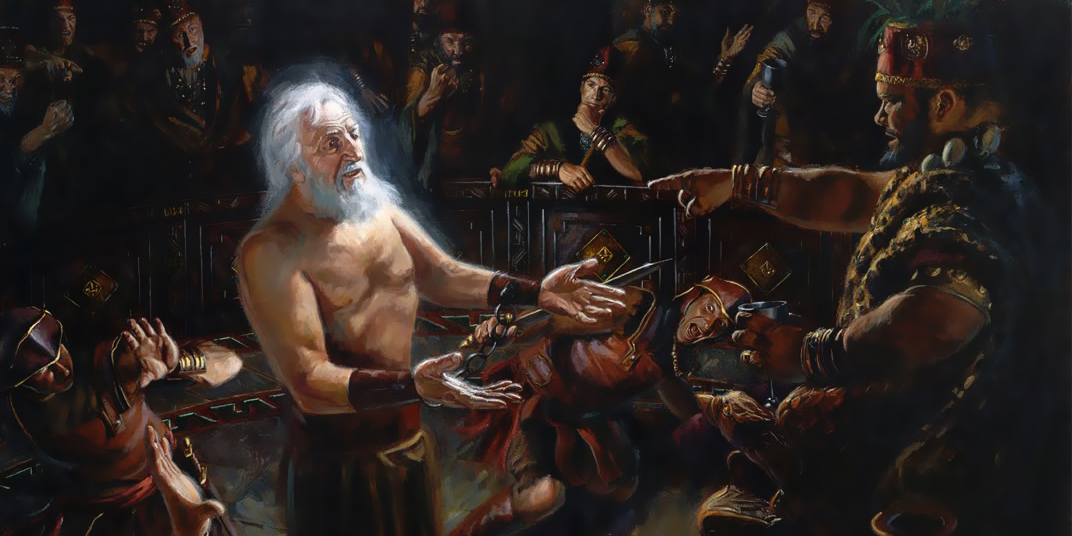 Abinadi testifying before King Noah by Jeremy Winborg
“His face shone with exceeding luster, even as Moses’ did while in the mount of Sinai, while speaking with the Lord”

In Mosiah 12, we read of Abinadi returning to the people of King Noah after they had rejected his message two years before. On that earlier occasion, he had prophesied of coming judgment from the Lord against King Noah and his people. King Noah’s response had been, “Who is Abinadi, that I and my people should be judged of him, or who is the Lord, that shall bring upon my people such great affliction?” (Mosiah 11:27). Noah issued a warrant for Abinadi's arrest, on charges of inciting malcontent and provoking contentions (Mosiah 11:28). Knowing that he would likely be apprehended on sight, Abinadi came to preach again, but this time in disguise (Mosiah 12:1), hoping again to find a large public audience for his renewed prophecy of affliction and destruction. On this second occasion, Abinadi may well have assumed that he would be arrested, even hoping to gain an audience with King Noah himself.

Abinadi could not have picked a better time for these two prophetic moments than the Israelite festival of Pentecost (Greek, Pentekoste, “fiftieth”; Hebrew, Shavuot, “Weeks”), which seems to perfectly fit Abinadi’s message and situation.  Pentecost was a pilgrimage festival that took place in the spring, the fiftieth day after Passover, which celebrated the giving of the Law to Moses on Mount Sinai (see Exodus 34:22; Deuteronomy 16:10). Pentecost was a time when all the people gathered at the temple to celebrate the first grain harvest and to commemorate the deliverance from bondage in Egypt as well.

Both of Abinadi’s speeches deal with the themes of Pentecost. He reversed the festival’s blessings and rejoicing, and turned them into curses and predictions of gloom. At the time when a bounteous grain season would have been at hand, Abinadi cursed the crops … (Mosiah 12:6). While Israel’s deliverance from bondage was traditionally being celebrated, Abinadi called upon Exodus terminology to proclaim the bondage and burdens would return to the wicked people in the city of Nephi … (Mosiah 11:21, 23) …1 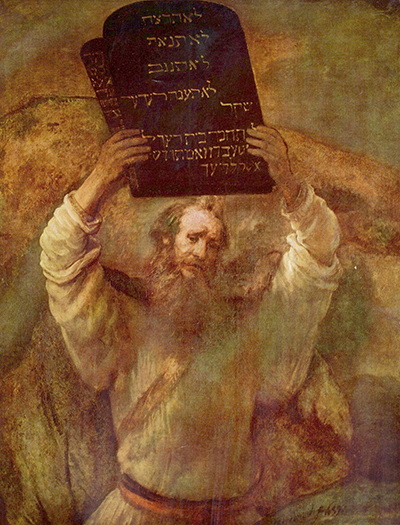 They go on to point out a number of very interesting parallels between Abinadi’s prophetic mission and the festival of Pentecost, including the following points:

Understanding the context of Abinadi’s words as he prophesied against King Noah and his people helps readers appreciate the impact of his message. His words and actions were grounded in the words of the Lord, the heritage of the prophets, and the cultural understandings of his people. 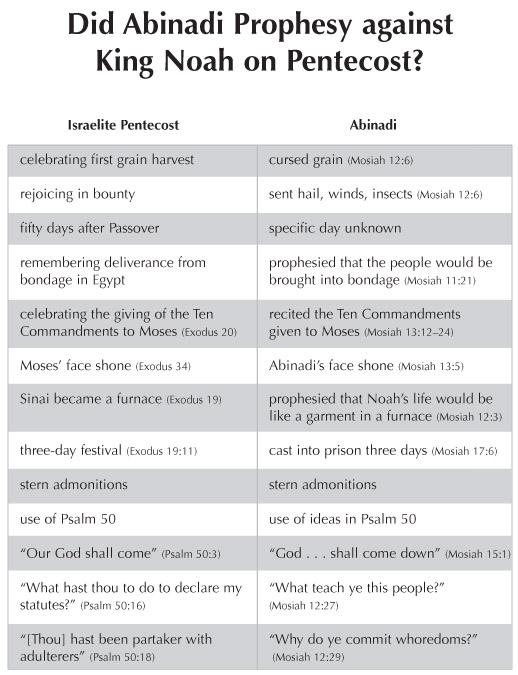 Abinadi would have wanted to come into the city of Nephi to preach at a time when there was a large group of people gathered together to hear his message.  A festival day would have been the ideal time for Abinadi to return and share the message of judgment the Lord wanted the people, and King Noah in particular, to hear.

The most appropriate festival day to share this message of judgment would have been the feast of Pentecost/Weeks, the day that the Law was celebrated. A close study of the words attributed to Abinadi reveals many parallels with the themes and imagery of Pentecost.

On this occasion, as Abinadi warned the people that they would have "burdens lashed upon their backs" (Mosiah 12:5), his audience would have readily recalled the burdens their Israelite ancestors bore in Egypt. As he rehearsed the Ten Commandments, at that very time of the year, disobedient members of his audience would have been particularly pricked in their hearts. When Abinadi's face shone, in that similar context, even Noah and his priests would have seen the connection, as they backed off (Mosiah 13:5), allowing Abinadi to speak "with power and authority from God" for the rest of chapters 13, 14, 15, and 16. On that day it was for them as if Moses himself stood before them and delivered the words that God had sent His prophet to deliver.

Ultimately, Abinadi was wrongfully put to death, even by fire, having in the beginning issued a similar curse against Noah that Noah's life "shall be valued even as a garment in a hot furnace" (Mosiah 12:3). On Pentecost it could not have escaped anyone's notice that this reference to a "furnace" hearkened back to Mount Sinai. It was covered with lightning, fire and smoke "as the smoke of a furnace" (Exodus 19:18), as Moses went up into the mount to speak with God, while the unworthy people stayed below "lest the Lord break forth upon them" and consume them with fire. (Exodus 19:22)

Taken together, these details all point to one conclusion: No other day on the ancient Israelite calendar fits the message, words, and experience of the prophet Abinadi more precisely or more appropriately than does the ancient Israelite festival of Pentecost. It is thus ironic that, at the very time when Noah and his people would have been celebrating the law, the most unfortunate judicial result in Nephite history should have taken place.7