Why Would Zeezrom Attempt to Bribe Amulek? 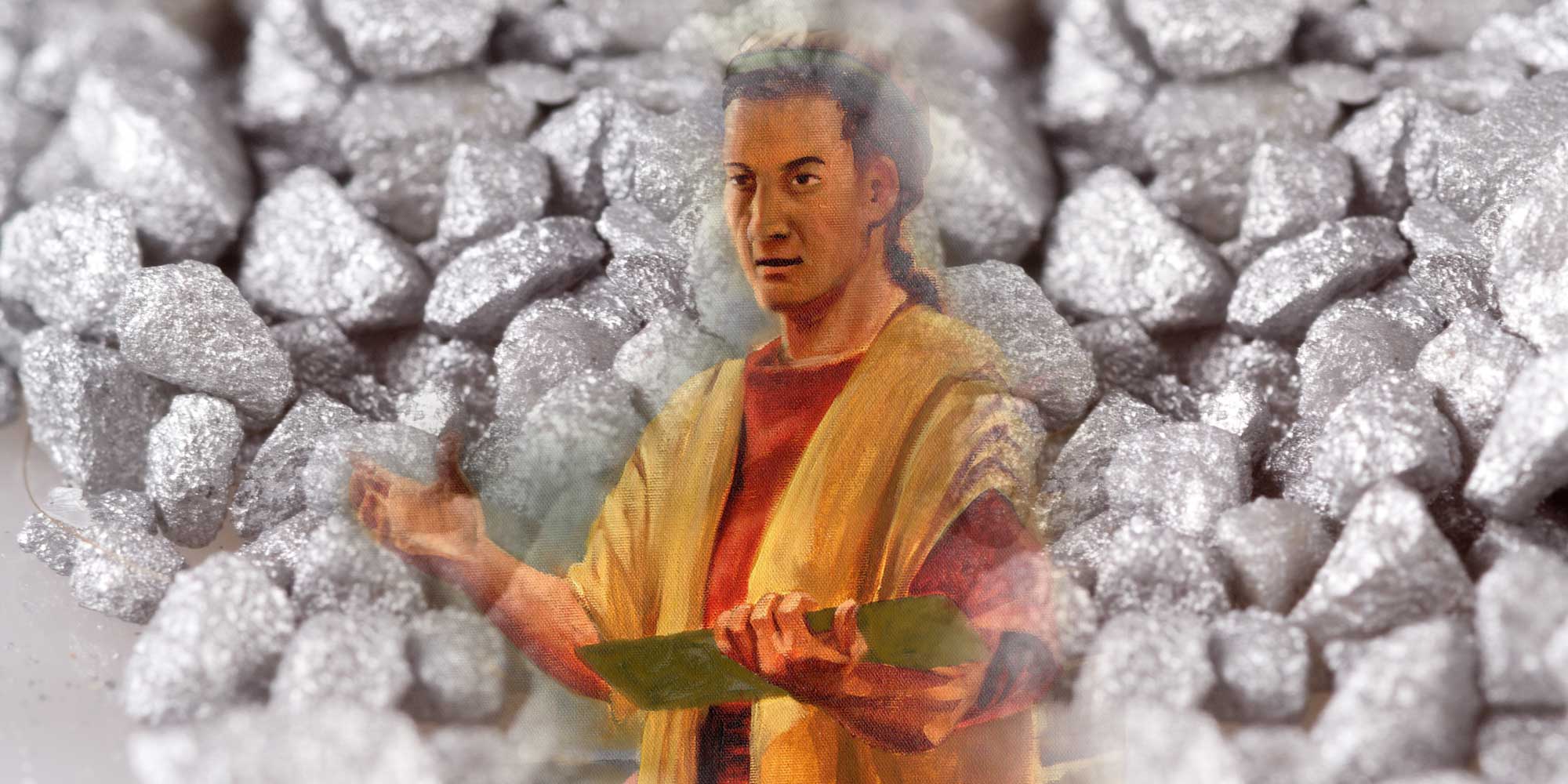 Zeezrom by James Fullmer
“And Zeezrom said unto him: Behold, here are six onties of silver, and all these will I give thee if thou wilt deny the existence of a Supreme Being.”

Alma and Amulek’s preaching in Ammonihah was suddenly interrupted by Mormon in Alma 11 to give a description of the Nephite monetary system (of weights and measures).1 Immediately after describing this system (Alma 11:1–20), Mormon then reintroduced Zeezrom, mentioned first in Alma 10, as “a man who was expert in the devices of the devil, that he might destroy that which was good” (v. 21).

As one of Ammonihah’s corrupt, wealthy lawyers (Alma 10:31–32), Zeezrom profited by stirring “up the people to riotings, and all manner of disturbances and wickedness . . . that [he] might get money according to the suits which were brought before [him]” (Alma 11:20). After gaining his consent, Zeezrom began questioning Amulek on doctrinal points in what was a transparent attempt to trap him in his words (vv. 21–46). 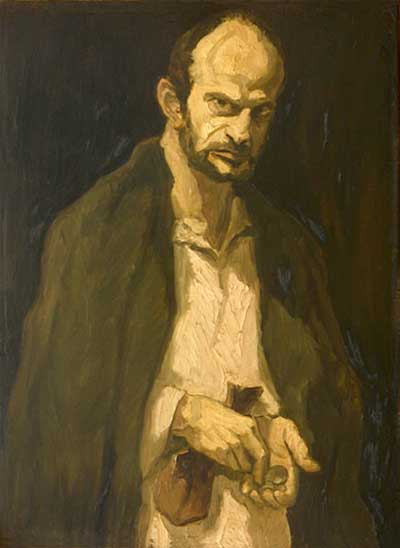 What is curious is what Zeezrom did first. Instead of asking a question, Zeezrom attempted to bribe Amulek into denying the existence of God. “Zeezrom said unto him: Behold, here are six onties of silver, and all these will I give thee if thou wilt deny the existence of a Supreme Being” (v. 22). Amulek rebuffed this bribe. “Thou knowest that there is a God, but thou lovest that lucre more than him,” he retorted (v. 24). Having failed to buy him off, Zeezrom then proceeded to ask his “gotcha” questions, which Amulek answered with precision and insight.

Many things appear to be going on in this passage. First, Mormon’s break to introduce the Nephite monetary system makes sense in light of Zeezrom’s attempted bribe. To give readers a solid understanding of the gravity of the situation, and to help them better appreciate both the level of corruption in Ammonihah as well as the nature of Amulek’s temptation, Mormon provided his description of the monetary system at this place in the narrative. In short, by knowing the Nephite monetary system, readers would know how much Zeezrom’s bribe was worth–––about 42 days of labor (vv. 3, 5–13).2

Furthermore, Zeezrom’s name itself may very well be a dysphemism, or a deliberately derogatory or unflattering word or name meant to disparage the intended recipient. This would follow known ancient Hebrew literary practice, which employs both euphemisms and dysphemisms as substitutes for, among other things, names.3 In this case, as explained by Stephen Ricks, “The Book of Mormon proper name Zeezrom . . . may have the meaning ‘he of the Ezrom’.” Ricks continued, “Ezrom/Ezrum is a Nephite word mentioned in Alma 11:6, 12, as a unit of silver measure. As a silver measure (which, in Hebrew, is kesep, ‘silver; money’), it may be the equivalent of money as well, indicating the meaning ‘he of silver, money,’ suggesting Zeezrom’s early obsession with money.”4

At a crass level, Zeezrom may have attempted to bribe Amulek for several debating reasons: to taunt, fluster, or distract his opponent. It is unimaginable that Amulek would accept such a blatant bribe. The law of Moses, in Exodus 23:8, specifically forbids Israelites from accepting bribes (“gifts” in the King James Version), and Psalm 15:5 insists that those who wish to enter holy space (the temple or “holy hill” of the Lord) must reject bribes and other extortionary practices.

Since Amulek, as a new convert to Alma’s preaching, would now be bound to obey that law, Zeezrom may have gloated over Amulek’s newly adopted ethical limitations. As a wealthy man in Ammonihah, Amulek perhaps had previously come by some of his attractive social status and economic position by use of the ordinary morals of the marketplace in the Nehorite hotbed of Ammonihah, and Zeezrom figured he could rub that in a bit. 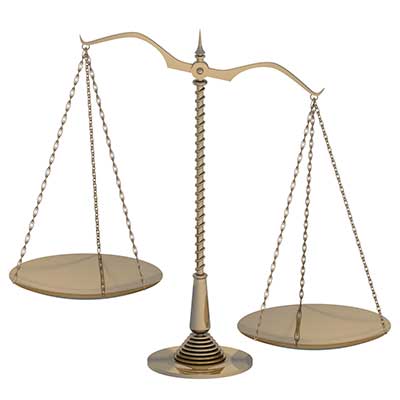 But Mormon may have deliberately emphasized or given Zeezrom his name to turn the tables on his flippant temptation. As a derogatory name, the etymology of this proper name adds a measure of irony to this story: It was Zeezrom, “he of the silver,” literally, who attempted to bribe Amulek with silver. This reinforces Mormon’s intensely negative portrayal of the people of Ammonihah, who are, with the exception of Amulek and a few other believers, presented as corrupt, greedy, murderous, and blasphemous. Zeezrom was nothing but silver, inert and of the underworld. In casting this story as he does, Mormon’s depiction of Zeezrom as weakly and unsuccessfully attempting to bribe Amulek ironically only strengthens the latter’s character.

All of this serves to paint a vivid narrative picture in Alma 11. Zeezrom, a wealthy and corrupt lawyer, thought that his money could buy him anything. Having built a successful career on exploiting others (Alma 10:32), he thought he could get Amulek to deny his faith (and thus compromise his and Alma’s crucial message) for just the right price. Beneath his wealth and smooth face, however, Zeezrom was evidently greatly insecure and completely unready to face the righteous Amulek in a doctrinal debate. His livelihood was being directly threatened by Alma and Amulek’s preaching, and so Zeezrom resorted first to what he knew best: money. The avaricious Zeezrom could talk a big game, but ultimately proved to be little more than a poser, as Amulek spurned his bribe and deftly answered his questions.

Mormon’s account of Zeezrom’s encounter with Amulek in Alma 11, complete with the helpful aside on the Nephite monetary system at just the right place, was therefore highly deliberate and masterfully executed.