Why Did Nephi Say That All Are Alike Unto God? 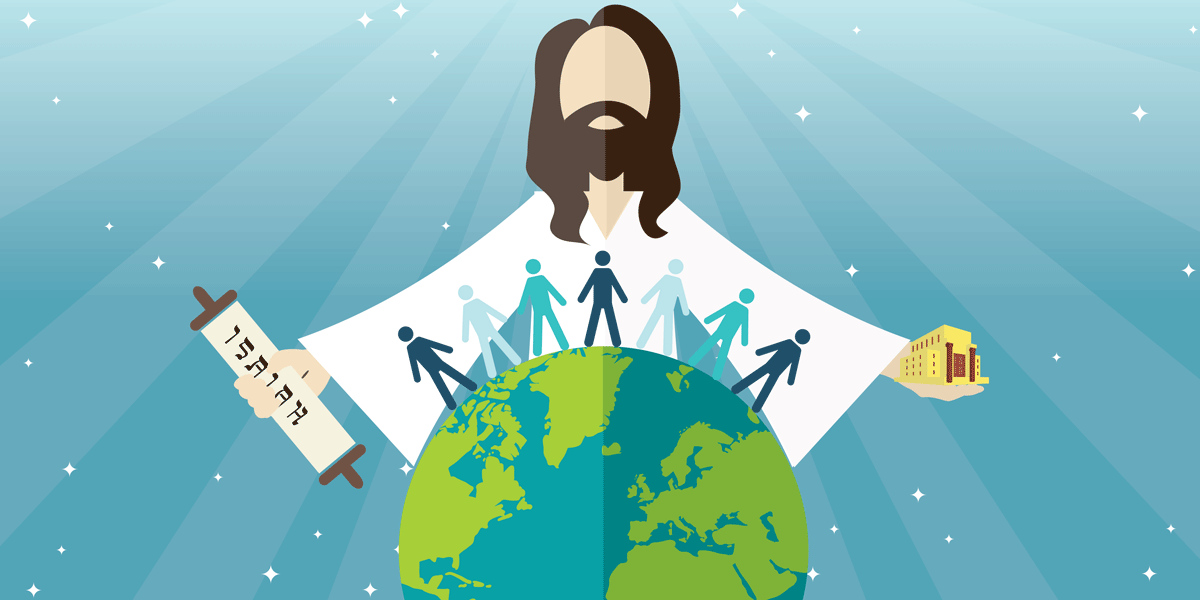 Image by Book of Mormon Central
“For none of these iniquities come of the Lord; for he doeth that which is good among the children of men; and he doeth nothing save it be plain unto the children of men; and he inviteth them all to come unto him and partake of his goodness; and he denieth none that come unto him, black and white, bond and free, male and female; and he remembereth the heathen; and all are alike unto God, both Jew and Gentile.”

Nephi stated that “all are alike unto God, both Jew and Gentile.” This comment comes from Nephi’s last recorded speech to his people, and probably would have been shocking to them. Most people in the ancient Near East, where Nephi and his brothers were from, assumed that each nation had its own god, and that each god only cared about his own people (Judges 11:24).1

Naaman, the Syrian captain that Elisha healed, thought he could only worship Jehovah on Israelite soil, literally. He loaded up two of his mules with Israelite dirt, so he could still worship Jehovah when he got home (2 Kings 5:17). Many people in Jerusalem during this time thought that God would protect Jerusalem simply because it was where His people and temple were (Jeremiah 7:4).2 In contrast, 2 Nephi 26:33 shows that God values and loves all His children.

Nephi alluded to Isaiah while teaching this principle. In 2 Nephi 26:25 the Lord said, “Come unto me all ye ends of the earth, buy milk and honey, without money and without price.” This is very similar to Isaiah 55:1, “Every one that thirsteth, come ye to the waters, and he that hath no money; come ye, buy, and eat; yea, come, buy wine and milk without money and without price.”3

Isaiah 55:5 clarifies that this invitation is open to everyone, both Jews and Gentiles, “Behold, thou shalt call a nation that thou knowest not, and nations that knew not thee shall run unto thee because of the Lord thy God, and for the Holy One of Israel.”4 This verse from Isaiah shows that when God “inviteth them all to come unto him” the gentiles will “run” to take advantage of the offer.

In the ancient Near East, it was common for kings of one country to take over neighboring countries. When they did this, they simply commanded the people they conquered to keep certain conditions.5 When the subjects kept these conditions, they were considered loyal members of the empire, regardless of where they were from or what they looked like.6 This verse reminds all who read it that God places high value, not on ethnicity or national origin, but on whether people keep the conditions He has laid down in order to be part of His kingdom. Anyone who keeps the conditions God has laid down is part of the kingdom of God.7 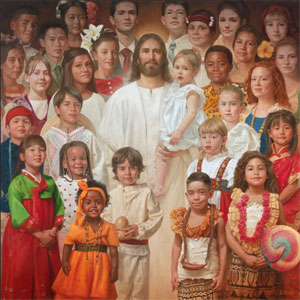 I Am a Child of God by Howard Lyon

He then stated that “none of these iniquities come of the Lord” (2 Nephi 26:33). This list of iniquities is what people need to reject if they want to be like God who “doeth that which is good among the children of men.” Rejecting these vices and becoming more like God is how all people, bond and free, male and female, can “come unto him and partake of his goodness.” God will accept and bless anyone who does this, regardless of where they are from or what they look like.9 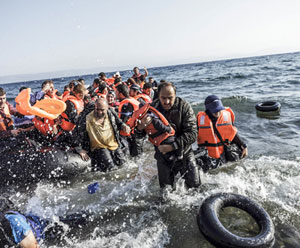 God loves each of His children perfectly and invites all to come unto Him, and in this way all are alike unto Him.10 This is central to who God is. He is not like the false gods of other countries that were only thought to be worried about their own people.11 Even with their differences, God loves everyone on earth and wants them all to keep His commandments and join with Him. This is the main point Nephi was making to his people. He was showing his brothers that Christ “manifesteth himself unto all those who believe in him ... yea, unto every nation, kindred, tongue, and people ... according to their faith” (2 Nephi 26:13).

In a world where some people hate others because of how they look, what language they speak, or what country they are from, Nephi’s words remind the modern reader of the love of God.12 Christ “loveth the world, even that he layeth down his own life that he may draw all men unto him. Wherefore, He commandeth none that they shall not partake of His salvation” (2 Nephi 26:24). He does not “cry unto any, saying: Depart from me ... but he saith: Come unto me all ye ends of the earth, buy milk and honey, without money and without price” (v. 25). He has made salvation open and “free for all men” (v. 27) and women. He simply asks his people to have charity and to “persuade all men to repentance” (v. 27).

Elder Patrick Kearon said, “We must take a stand against intolerance and advocate respect and understanding across cultures and traditions.”13 This is what Nephi also taught. God loves everyone, regardless of where they are from, what they look like, or what language they speak. If people wish to be like Him, they must do the same.

President Gordon B. Hinckley, “The Need for Greater Kindness,” Ensign, May 2006, online at lds.org.