Why Did Jesus Allude to the Priestly Blessing in Numbers 6? 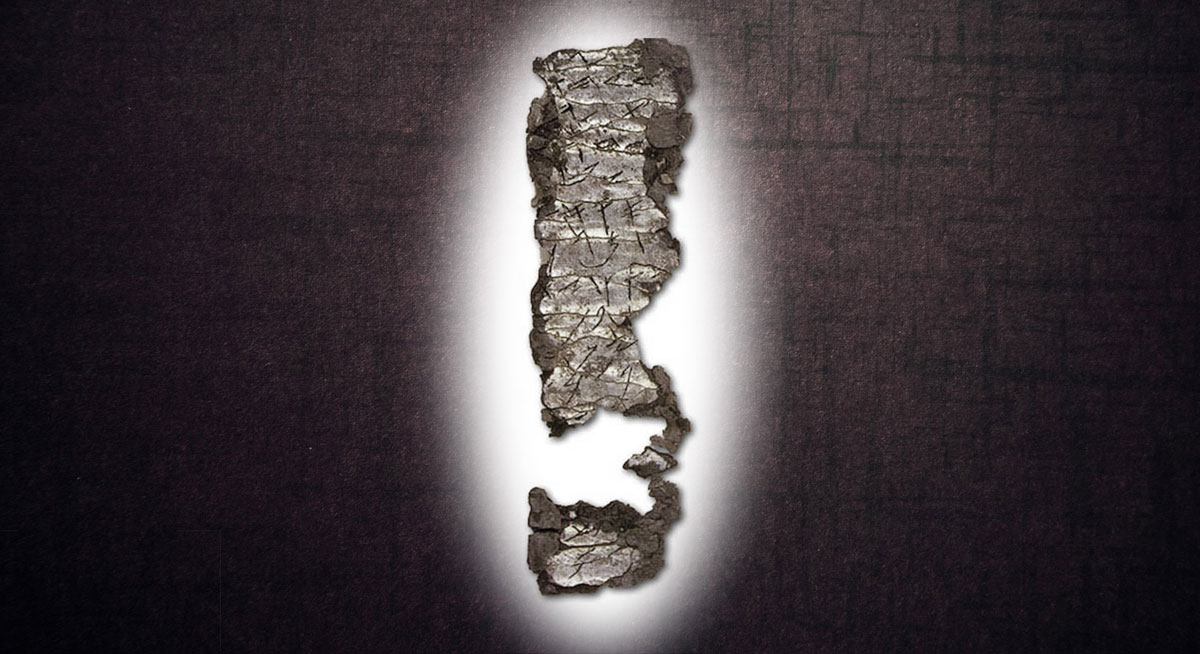 In 3 Nephi 19, the record recounts a remarkable experience that the people had with Jesus Christ as He prayed with and blessed them. The description of what Jesus did when He blessed those gathered parallels certain words in the “Priestly Blessing” that God commanded Aaron, the high priest, to pronounce upon the people of Israel in Numbers 6:23–27. When Jesus gave His blessing, He fulfilled in a very literal sense, the petition of the traditional priestly blessing.

The passage in Numbers 6:23–27 features the Lord directing Moses to have his brother Aaron, the high priest, “bless the children of Israel” using the following words:

As part of the giving of this blessing, the Lord also declared that “they shall put my name upon the children of Israel” (Numbers 6:27). 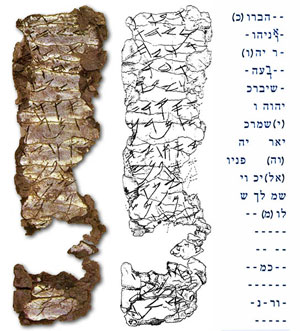 This blessing was an important part of the religious practices of ancient Israel and is still a key ritual in modern Judaism. Its significance can be seen through the many biblical passages that borrow from its language, especially in mentions of the Lord lifting up the light of His countenance.1 Furthermore, archaeological digs in Jerusalem have uncovered the Priestly Blessing written on small, rolled up sheets of silver placed in amulets, dating from the late seventh century BC (the oldest portion of scripture ever discovered).2 These finds attest to the antiquity and popularity of the blessing’s use.3

Anciently, the Priestly Blessing was performed on the Day of Atonement, following the sacrifices realized on that day. BYU Professor of Religious Education Matthew J. Grey noted that the ritual included “a communal prayer, a priestly prayer of intercession, and the priest raising his hands above his head to bless the congregation.”4

There are many similarities between the ancient Israelite practice of the Priestly Blessing and what Christ did and said among the Book of Mormon people in 3 Nephi 19. There, as Grey noted:

the resurrected Jesus appears to a Nephite congregation assembled at the temple, has them kneel in communal prayer, offers his own intercessory prayer to the Father on their behalf, and returns to “bless them,” thus allowing the congregation to experience the full spiritual reality in ritual-communion with God through the intercession of Jesus, the Great High Priest.5 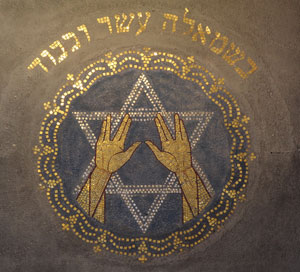 The New American Bible has a footnote to Numbers 6:25 which indicates that the expression “let his face shine” is “a Hebrew idiom for ‘smile.’”7 Additionally, biblical scholar M. I. Gruber has explained that the phrase in verse 26, “lift up his countenance,” should be rendered idiomatically as “smile.”8 With this in mind, we can see Jesus’ performance of the Priestly Blessing in 3 Nephi 19, in which His countenance smiles upon the people, as very appropriate expression of the Hebrew meaning behind our modern English translations of Numbers 6:25 and/or 6:26. 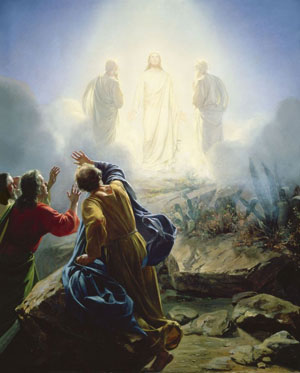 The transfiguration of the audience’s faces and clothing after Jesus’ blessing is also worth mentioning. 3 Nephi 19:25 states that “they were as white as the countenance and also the garments of Jesus,” whereas, presumably, they were not so previously.  Although neither a transfiguration of this sort nor white clothing are mentioned in connection with the blessing in Numbers 6, these things are often part of scriptural accounts of persons who have met the Lord face to face.

For example, after Moses spoke with the Lord on Mount Sinai, his face shone so brightly that he had to wear a veil when he returned to speak with the children of Israel (Exodus 34:32–35). Although Exodus 33:23 inexplicably indicates otherwise, Exodus 33:11 declares that “the Lord spake unto Moses face to face, as a man speaketh unto his friend.” Similarly, when Jesus spoke to the Father on the so-called Mount of Transfiguration, He was transfigured so that “his face did shine as the sun, and his raiment was white as the light” (Matthew 17:2). Such a transfiguration seems to be a feature of face-to-face encounters with Deity.

3 Nephi 19 contains the incredible account of Jesus praying with and for the Book of Mormon people, and blessing them in a miraculous manner. As He blessed them, Jesus followed what the “Priestly Blessing” of Numbers 6:23–27 says that the Israelite high priest was supposed to ask for as he blessed the children of Israel. 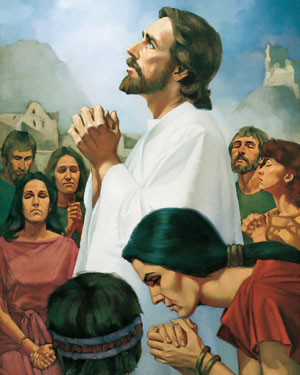 The high priest was to bless them that the Lord would make His face “shine” upon them, that He would “lift up” His face upon them. Both of these expressions can be understood to mean that God would show His divine approval towards His covenant people, or that He would “smile” upon them, as Jesus did to the people gathered at the temple in Bountiful. Jesus was acting then as the great high priest (see Hebrews 4:14–16), come to bless this remnant of the house of Israel.

The fact that Jesus would come to these people, bless them, and smile upon them, is evidence that the Lord remembers all of His people and that He keeps his covenants to bless them. Jesus truly fulfilled the words of the blessing, as He was “gracious” unto them, and gave them “peace” (as promised in Numbers 6:25–26).

The efficaciousness of Jesus’ blessing can be seen in the fact that all present were transfigured in His presence, to the point that they temporarily became like Him in appearance and were “purified” as He is pure (3 Nephi 19:28). This act was yet another testament to the people that Christ truly loved and cared for them.

This scriptural account is a testimony to modern readers of one of the Book of Mormon’s explicitly stated purposes: that it will make known to the House of Israel “the covenants of the Lord, that they are not cast off forever” (Book of Mormon, Title Page).