Where Does the Name Nauvoo Come From? 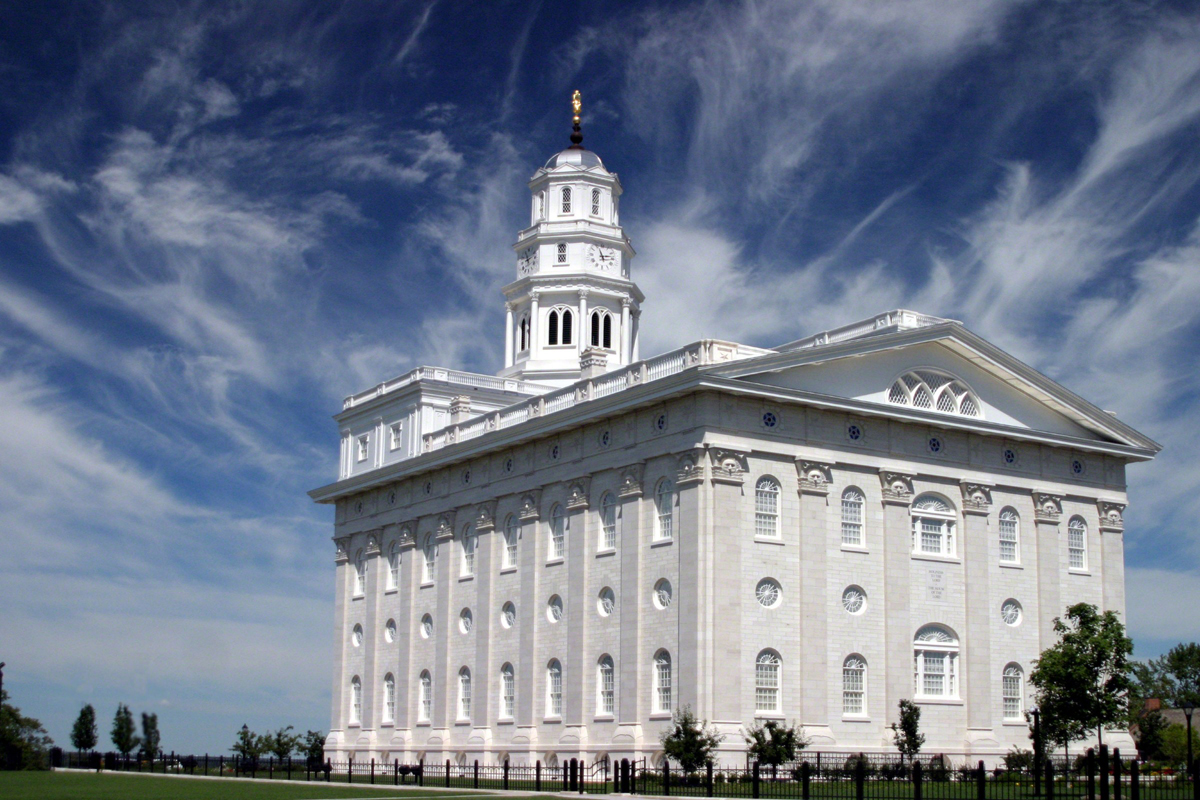 After being driven out of Missouri, the Saints spent the winter of 1838–1839 in a handful of settlements on the east side of the Mississippi River. One of these, Commerce, Illinois, would soon become the next major gathering place for the Saints, and Joseph Smith would rename the settlement Nauvoo.1

The word nauvoo is Hebrew for “beautiful.” However, it is a fairly rare word: one of the only places the complete Hebrew word nauvoo appears in the entire Old Testament is Isaiah 52:7,2 “How beautiful upon the mountains are the feet of him that bringeth good tidings.” This is one of the most quoted passages in Book of Mormon, appearing in 1 Nephi 13:37, Mosiah 12:21, Mosiah 15:14–18, and 3 Nephi 20:40.3 Knowing how this verse is used in the Book of Mormon may give deeper meaning to the name Nauvoo.4

When Nephi quoted the verse in 1 Nephi 13:37, he clarified a point that might seem confusing at first. He said, “blessed are they who shall seek to bring forth my Zion at that day ... and whoso shall publish peace, yea, tidings of great joy, how beautiful upon the mountains shall they be” (1 Nephi 13:37). In this verse, Nephi said nothing about feet, and simply said that those who publish peace will be “beautiful.” He also referred to more than one messenger.5

This may be, in part, because of a Hebrew pun.6 Because the words for feet and infantry are basically the same in Hebrew, Isaiah 52:7 could also be understood, “How beautiful upon the mountains are the infantry that bring tidings.”7 This could explain why Nephi said nothing about feet and talked about more than one messenger. However, regardless of his reasons for doing so, Nephi stated that there will be more than one person “publishing peace.”

When Abinadi quoted Isaiah 52:7–10, he applied its words about good tidings, peace, and salvation to the prophets (Mosiah 15:11–17), but also to Christ (Mosiah 15:18–19).8 A similar interpretation can be found in the Dead Sea Scrolls, which are contemporary to Abinadi, albeit in the Old World not the New.9

When Jesus quoted Isaiah 52:7, he introduced it by stating: “Then will the Father gather them together again, and give unto them Jerusalem for the land of their inheritance” (3 Nephi 20:33). After this, Christ taught, Jerusalem would be delivered from physical and spiritual bondage, as Isaiah prophesied, “And then shall they say: How beautiful upon the mountains are the feet of him that bringeth good tidings unto them, that publisheth peace; that bringeth good tidings unto them of good, that publisheth salvation; that saith unto Zion: Thy God reigneth!” (3 Nephi 20:33–40).10

Jesus then noted that when this happened, “then shall this covenant ... be fulfilled; and then shall Jerusalem be inhabited again with my people, and it shall be the land of their inheritance” (3 Nephi 20:46). Dana Pike has noted that in Jesus’ explanation of this verse, He “attributes some of the activities prophesied in Isaiah 52:9–10 to his Father's power” (see 3 Nephi 20:33, 35).11 In addition, Pike noted, He incorporated introductory phrases into the text to clarify things, such as, “and then shall they say,” just before “how beautiful upon the mountains” and rearranges the order of the verses He quoted from Isaiah 52.12

Pike concluded that, “Jesus' arrangement of this material suggests that Isaiah's prophecy will not be fulfilled until He comes again. Jesus' references to Himself in verse 39 ... suggests to me that He is the primary messenger who will announce deliverance to Israelites who have gathered to Jerusalem at the last day. They will know His name and will say how beautiful are His feet!”13

Although it was initially a mosquito-infested swamp, Nauvoo would eventually live up to its name and become a beautiful place. However, it would be beautiful in many ways. Missionaries would leave from Nauvoo to preach the gospel all over the world.14 These messengers who brought good tidings were surely beautiful to all those that heard the good news of the gospel, as Nephi said.15

Nauvoo would also be headquarters of the church, the place where the prophet would speak to the people. The Saints would build a temple there, a house for the Messenger who published peace. This reflects Abinadi’s words, that the prophets would publish peace, and that Christ himself would be the Messenger who would bring good tidings.16

Finally, Nauvoo would be a gathering place for all of God’s children, as Christ said to the Nephites, that He would be the Messenger to announce the gathering of Israel.17 The messages that the missionaries, the prophets, and Christ bring to mankind are beautiful.18 Yet, most beautiful of all is the message of the Atonement. One rarely thinks of feet as being beautiful, but at the Second Coming, there will be nothing more beautiful than the nail-marks in Christ’s feet, announcing His victory over sin and death.19

Jeffery R. Holland has stated, “Ultimately it is Christ who is beautiful upon the mountain. And it is His merciful promise of ‘peace in this world,’ His good tidings of ‘eternal life in the world to come’ that make us fall at His feet and call His name blessed and give thanks for the restoration of His true and living Church.”20 In the early years of the Church, the city of Nauvoo became a beautiful place for those good tidings to be received, shared, and spread throughout the world. For Latter-day Saints today, Nauvoo and its history remains a reminder of the beautiful blessings of gospel.

Alex D. Smith, “Organizing the Church in Nauvoo,” in Revelations in Context: The Stories Behind the Sections of the Doctrine and Covenants, ed. Matthew McBride and James Goldberg (Salt Lake City, UT: The Church of Jesus Christ of Latter-day Saints, 2016), 264–271.

John A. Tvedtnes, The Most Correct Book: Insights from a Book of Mormon Scholar (Salt Lake City, UT: Cornerstone Publishing, 1999), 173–175.