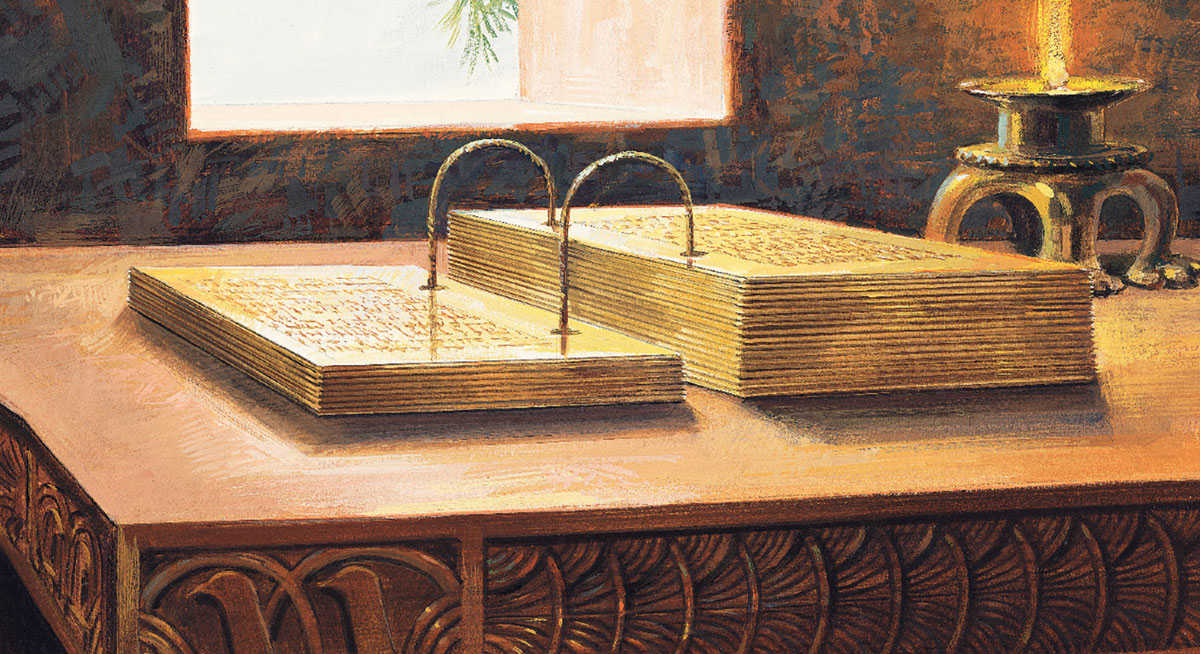 Gold Plates by Jerry Thompson
"And for this intent shall they go—that they may be persuaded that Jesus is the Christ, the Son of the living God.”

The meaning of any text can be greatly clarified if the fundamental purposes or goals of its primary author are known. The Book of Mormon is no different. Those readers who want to deepen their understanding of its message would do well to pay attention to Mormon’s selection of source material, his frequent editorial comments, and his own explicit statements about why he was writing his record.1 Mormon sprinkled clues about his purposes and source selection throughout the Book of Mormon that can be easy to miss. Gathering together these clues, a number of things can be learned about Mormon’s primary goals and purposes.

Mormon declared that he was creating his record so “that the prayers of those who have gone hence, who were the holy ones, should be fulfilled according to their faith” (3 Nephi 5:14). Mormon likely had past prophets like Enos in mind here (Enos 1:13–18). In this sense, Mormon’s purpose was to fulfill prophecy “according to the will of God” (3 Nephi 5:14). 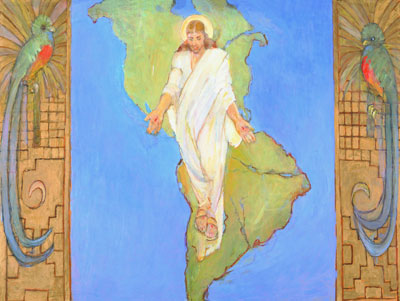 To Testify of the Land of Promise

After analyzing Mormon’s primary sources, John L. Sorenson asserted that one of Mormon’s major editorial aims was to affirm Lehi’s blessing upon the land: “Inasmuch as ye will keep my commandments ye shall prosper in the land” (Jarom 1:9).2 Sorenson further noted that “overwhelmingly, Mormon’s writings depict the Nephites poised on the edge of destruction due to their failure to meet the condition of Lehi’s law of survival.”3 Such narrative episodes aptly serve as a warning to modern audiences who are similarly threatened by impending calamities (see Doctrine and Covenants 1:17). 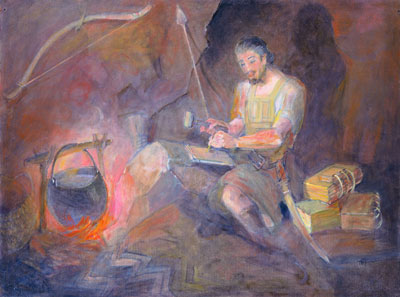 Richard Holzapfel has argued that “Mormon’s motive for writing and editing the Nephite record seems clear. He regularly sought to draw spiritual lessons from the course of Nephite history.”4 Also, the Book of Mormon provides spiritual guidance as it works as a companion with the Bible, “unto the confounding of false doctrines and laying down of contentions, and establishing peace” (2 Nephi 3:12, cf. Mormon 7:9).

To Record Whatever the Spirit Impressed Upon Him

In Words of Mormon, readers learn that Mormon was writing for a “wise purpose; for thus it whispereth me, according to the workings of the Spirit of the Lord which is in me” (Words of Mormon 1:7). Interestingly, Mormon then stated, “I do not know all things; but the Lord knoweth all things which are to come; wherefore, he worketh in me to do according to his will” (v. 7). This suggests that, at least on some levels, even Mormon didn’t understand the full purpose of his record. In many cases, he was likely selecting sources and making comments according to the “workings of the Spirit” and not necessarily his own thinking (v. 7).

To Affirm that Jesus is the Christ 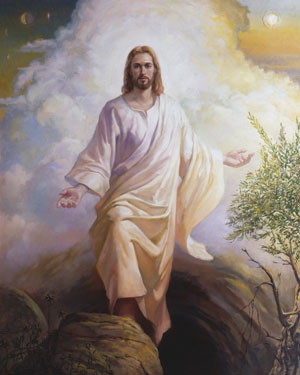 These repeated thesis statements, written after the abridging of the books of 3 and 4 Nephi, suggest that the most fundamental purpose of Mormon’s record was to persuade or convince future audiences that Jesus is the Christ. As Brant A. Gardner put it, “Mormon did not write to convince us that the Messiah’s doctrine is true, but rather that Jesus is the Messiah.”6

These various examples help demonstrate that Mormon’s editorial goals were sometimes layered and complex—and likely developed and changed over time as he worked. Grant Hardy recognized that “as a historian, [Mormon] needs to present an overview of Nephite history that is true to his sources; as a writer, he wants to construct a narrative that is aesthetically pleasing and compelling; and as a moralist, he takes responsibility for teaching correct doctrine and providing spiritual guidance.”7 To this it can be added that, as a prophet, he sought to accurately portray the mind and will of the Lord. 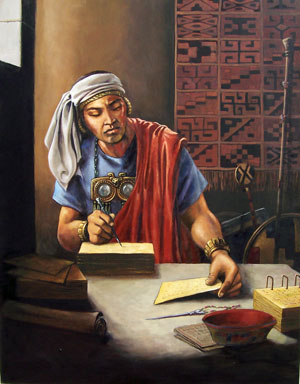 Yet whether writing as a prophet, historian, literary artist, or moralist, Mormon’s overarching purpose was clearly intent on helping future generations “believe in Christ” (Mormon 7:10).

Mormon seemed to understand that the fulfillment of his various narrative goals and the overall persuasiveness of his record was strongly tied its status as authentic history.8 Hardy explained, “Generally Mormon is a practitioner of narrative theology; that is, he relies on stories to convince readers of the power of God, the consequences of sin, the reality of prophecy, and so forth.”9 Yet for these stories to have their full persuasive effect, they must necessarily be true.

The legitimacy of the most important theological claims of the Book of Mormon hinges on whether the attending story that conveys the doctrine actually happened. … The Book of Mormon must be historical and read as history in order for it to really contain the fullness of the theological power it claims to have.10 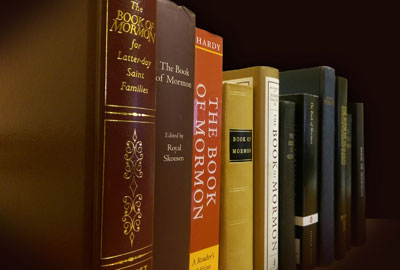 For example, readers would naturally struggle to accept the Book of Mormon as the fulfillment of prophecy if they doubted that its prophets were real historical individuals. The blessings upon the land of promise could hardly be taken seriously if the narratives which demonstrate their historical fulfillment never actually took place. Its doctrinal teachings, such as faith and repentance, would lose their potency if none of its stories of redemption or faith-evoked miracles really happened. And most importantly, the text’s status as a second witness of Jesus Christ would be seriously undermined if Christ never actually visited the Americas and ministered at the temple in Bountiful.11

It can thus be seen that Mormon’s various purposes could only be accomplished if the Book of Mormon were accepted as the legitimate historical document that it is. Its stories of faith, repentance, sacrifice, service, miracles—and especially its account of Jesus Christ’s resurrected ministry—are so powerful because they are historically, and not just metaphorically or symbolically, true. 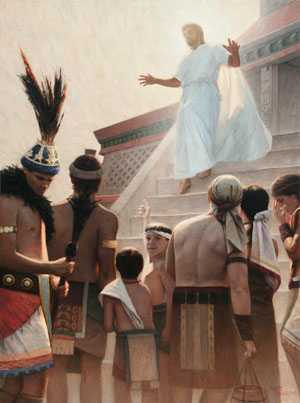 Mormon’s “urge for historical accuracy,” however, shouldn’t lead readers to conclude that the portrayal of history itself is what will do the convincing.12 Rather his recorded stories and inspired commentary serve as vehicles for personal revelation. Moroni’s famous promise, for instance, explicitly exhorts and invites readers to ask God the Eternal Father about the truthfulness of the record, and ensures that if they do so in sincerity and faith in the name of Jesus Christ, “he will manifest the truth of it … by the power of the Holy Ghost” (Moroni 10:4).

Because the power of the Holy Ghost will unequivocally testify to the historical reality and spiritual message of the Book of Mormon, it therefore stands as a valid witness of God’s influence and interaction with His children.13 To believe in the truth of its stories is to believe in the divinity, resurrection, and miraculous power of Jesus Christ. To follow its messages and commandments is to follow the words, inspiration, and “Spirit of Christ” (Moroni 7:16) and to “come unto him, and be perfected in him” (Moroni 10:32).