Book of Mormon Central / KnoWhys
What Does the Abish Story Signal About the Resurrection? 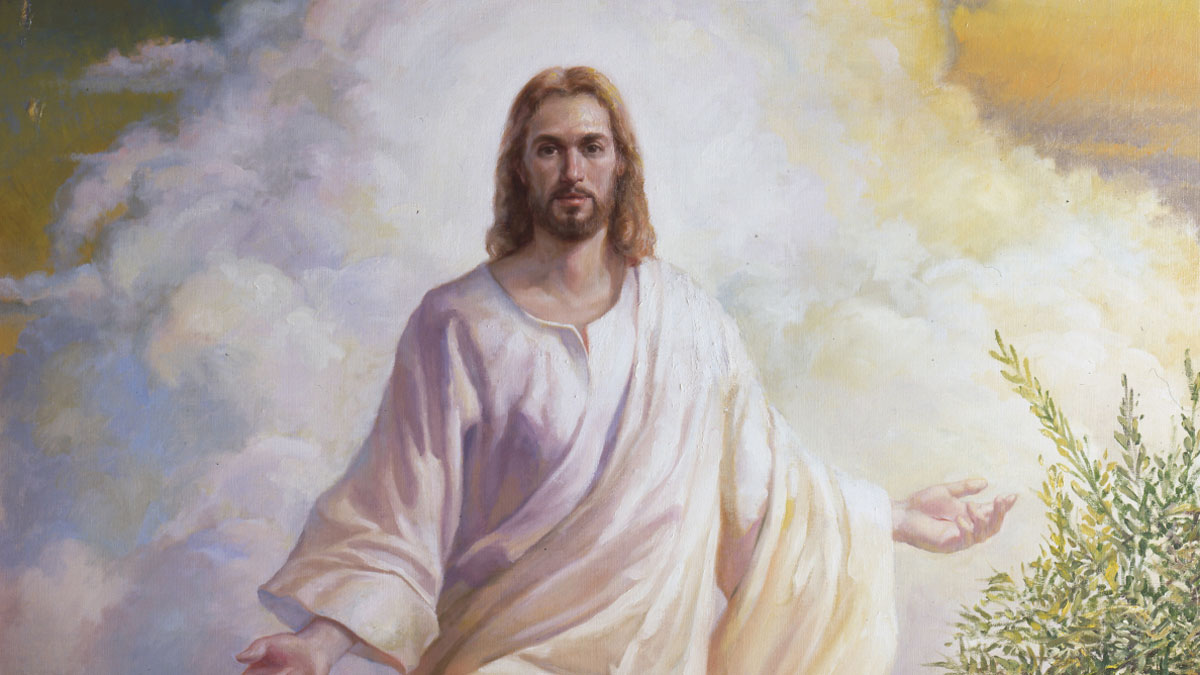 “The Resurrected Christ” by Wilson J. Omg
“And it came to pass that she went and took the queen by the hand, that perhaps she might raise her from the ground; and as soon as she touched her hand she arose and stood upon her feet.”

The only exception was Abish, who had already been converted to the Lord (v. 16).2 In an effort to signal something about the power of God to the people, Abish gathered everyone together and showed them what had happened (v. 28).3 Then she took the queen by the hand and raised her up (v. 29). The queen then took her husband Lamoni by the hand and raised him as well (v. 30). For modern readers, this is a significant scene, that requires careful consideration from several angles,4 and one level of possible symbolism in this story is not apparent today. In ancient contexts, this scene might have gathered power from mythological backgrounds pertaining to the resurrection of divine and royal beings. 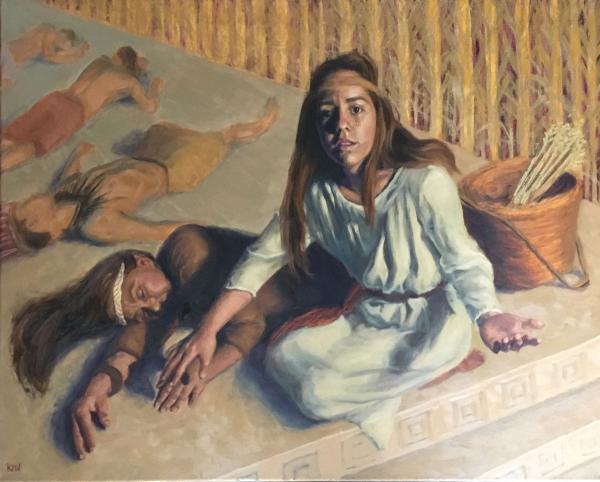 One element of the story that suggests this is that Alma 18–19 mentions on eight separate occasions that the royal family appeared to be dead. King Lamoni’s servants even wanted to bury him (Alma 19:1). Thus, when Abish raises them up from the ground, she would have been seen by people familiar with such backgrounds as playing a role in raising them from their perceived state of death. The fact that it is a woman who raised them from the ground would have been suggestive to them as well, because, as Kevin and Shauna Christensen have observed, goddesses were sometimes associated with reviving their husbands in ancient mythology.5

In ancient Canaanite mythology, for example, the goddess Anath enabled her husband Baal-Hadad to be resurrected by her killing his sworn enemy, Mot, the god of death.6 In Mesopotamian mythology, Inanna-Ishtar descended into the underworld to free her deceased lover, Dumuzi-Tammuz, from the god Erishkigal, so he could be brought back to life.7 Because of the inherent female capacity for creating life through childbirth, the connection between women and reawakening and revival in these stories makes sense.

One can find a similar motif in the New World as well in the Popul Vuh, a sacred text of the ancient Maya.8 In this text, the lords of the underworld killed a man named One Hunahpu and put his head in a tree.9 This act caused the tree to produce fruit that looked like the skull of the dead hero.10 The daughter of one of the lords of the underworld then partook of this fruit, and through her, life was renewed in the world.11 With these details in mind, it seems reasonable to assume that the fainting and reviving of Lamoni and his wife might be understood as signally something about death and resurrection.12 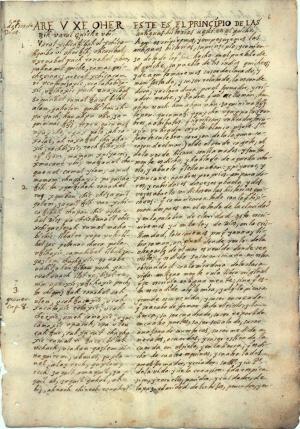 Page from the Popul Vuh via Wikimedia Commons

Seeing the experience of the Lamanite court as a symbolic resurrection makes sense on multiple levels. On a narrative level, Ammon had taught king Lamoni “the plan of redemption, which was prepared from the foundation of the world; and he also made known unto them concerning the coming of Christ, and all the works of the Lord did he make known unto them” (Alma 18:39). The king would have understood the plan of mortality, the reality of death, and also the promise of being redeemed from the dead. When he cried out for mercy (v. 41), as all must do according to the plan, Lamoni was overcome as if by death. The story of Lamoni, his wife, and his people remind all readers vividly of their own mortality and absolute need for a redeemer.

Once they revived, these people gave up their old lives and been reborn as followers of Christ, such that “their hearts had been changed; that they had no more desire to do evil” (Alma 19:33). In a sense, they had been reborn. Paul, when referring to the symbolic death and resurrection that Christians experience at baptism, stated, “Therefore we are buried with him by baptism into death: that like as Christ was raised up from the dead by the glory of the Father, even so we also should walk in newness of life” (Romans 6:4). Symbolically, the Lamanite royal court had died and were raised up as new people, giving up their old lives for “newness of life” through Christ. 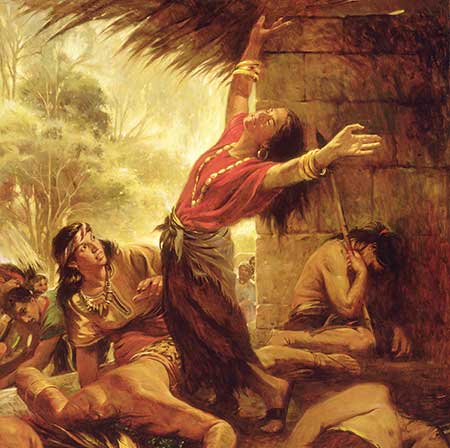 The story is significant for another reason as well. The association of Abish with the “resurrection” of the king’s court can be seen as a subtle foreshadowing of the resurrection of Christ. The ancient traditions of goddesses being associated with the resurrection of their husbands could well have signaled to the believers in the crowd that they too had just witnessed a divine miracle. Perhaps the role of the slave girl Abish in the story of king Lamoni and his queen finds a cultural echo in the story of the daughter eating of the fruit of the tree of One Hunahpu which led to the renewal of life on earth according to the Mayan lore.

When read in its various contexts, the story of Lamoni’s court takes on new meanings. In particular, through the faithfulness of Abish, this foundational conversion story reminds us that all can find new life through the resurrection of Christ. This truth is beautifully signaled by this powerful foreshadowing of His conquest of Death and Hell which makes possible the resurrection that will come to all (Alma 33:22).