What Can Stylometry Tell Us about Book of Mormon Authorship? 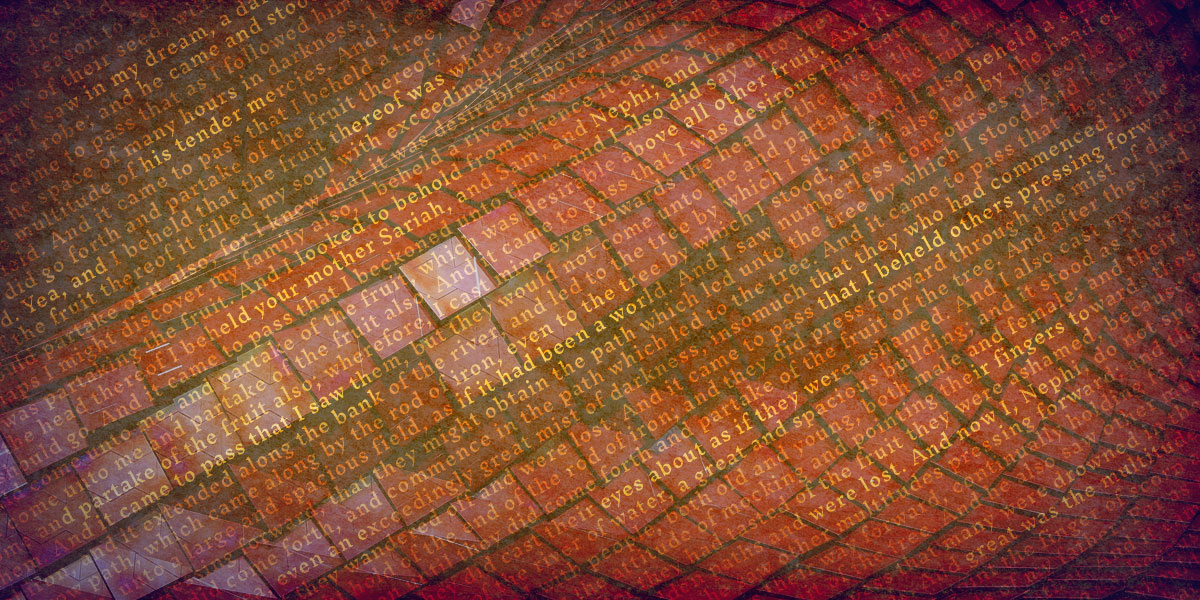 Image by Book of Mormon Central
“For, for this intent have we written these things, that they may know that we knew of Christ, and we had a hope of his glory many hundred years before his coming.”

Editor’s Note: This KnoWhy is the first in a series which discusses stylometry and its relevance to questions of Book of Mormon authorship. This first article explains what stylometry is and gives readers a short history of stylometric studies performed on the Book of Mormon. Building on this foundation, subsequent KnoWhys will discuss some of the exciting new results from more recent stylometric research.

Since the Book of Mormon’s publication in 1830, a number of different theories have been proposed concerning its authorship.1 Those who believe that Joseph Smith translated the Book of Mormon by the gift and power of God naturally have accepted that its source texts were written by multiple ancient prophets.2 In contrast, those skeptical of the Book of Mormon’s ancient origin and miraculous translation have generally assumed that Joseph Smith himself authored the entire text, or that it was written by one or more of his 19th century contemporaries.

In order to help shed light on this issue, several studies have relied upon a type of analysis called stylometry.3 This field of research uses various statistical methods to detect linguistic patterns. Stylometry has most notably been used to help answer questions about texts with disputed authorship, such as the Federalist Papers4 and some of Shakespeare’s plays.5 It has even been shown that stylometry can detect an author’s unique writing style even after his or her words have been translated from one language to another.6 The following summaries highlight the results of several notable stylometric studies on the Book of Mormon.7

In 1980,8 Wayne Larsen, Alvin Rencher, and Tim Layton relied on three different statistical methods9 which used non-contextual words10 to distinguish writing styles among the Book of Mormon’s internally designated authors, including Nephi, Alma, Mormon, and Moroni, as well as several 19th century candidates, including Joseph Smith, Sidney Rigdon, and Solomon Spalding.11 Despite initial concerns from some scholars,12 the validity of using non-contextual words to determine authorship is now widely accepted in the broader field of stylometric analysis.13

Larsen and his associates concluded that the Book of Mormon was written in “distinct authorship styles” and that none of the 19th century candidates that they tested “resemble Book of Mormon authors in style.”14 Not only did the Larsen study pioneer stylometric research on the Book of Mormon, but its results have provided an enduring statistical basis in support of Joseph Smith’s claims.

In 1985, David Holmes, using measures of vocabulary richness, found no meaningful difference among the Book of Mormon’s claimed prophetic authors.15 He concluded that Joseph Smith himself wrote the text.16 However, in subsequent studies, other researchers discovered that patterns of vocabulary richness are often not reliable enough to distinguish between writing styles.17 Holmes himself recognized the comparative weakness of this method in his reanalysis of the Federalist essays.18 Naturally, these results largely invalidated his earlier conclusions on Book of Mormon authorship.

In 1990,19 John Hilton and a team of researchers from Berkeley (most of whom were not LDS20) conducted a study using word pattern ratios21 and a new method of differentiation based on what Hilton called rejections.22 This study is especially notable because of its large control samples, which included 26 texts by 9 different control authors and 325 pairwise comparisons.23 Comparisons were made between texts attributed to Nephi and Alma and those from Joseph Smith, Oliver Cowdery, and Solomon Spalding.

The findings of Hilton’s research team largely agreed with the results of the Larsen study, leading them to conclude that “it is statistically indefensible to propose Joseph Smith or Oliver Cowdery or Solomon Spaulding as the author of the 30,000 words from the Book of Mormon attributed to Nephi and Alma” and also that Nephi and Alma “have wordprints unique to themselves and measure statistically independent from each other in the same fashion that other uncontested authors do.” These results indicate that the Book of Mormon was indeed “multiauthored, with authorship consistent to its own internal claims.”24

The Hilton study’s innovative stylometric approach, combined with its thorough statistical controls, make it a landmark study on Book of Mormon authorship. Using a slightly different method, researchers from Utah State University essentially reproduced the results of the Hilton study in 2006.25

This study, however, contained at least eight significant errors,28 the most critical being that it used a closed set technique on what is clearly an open set problem.29 This excluded everyone but the study’s selected candidates as potential authors.30 Most notably, the Jockers study did not include Joseph Smith as a candidate author,31 and it made no provision for the text to have possibly been written by its internally claimed authors.32

Moreover, a closed set of NSC values can only measure the sample texts’ relative similarities to the Book of Mormon. This means that NSC analysis will always deliver positive results for one of the candidate authors in the set, even if his or her style happens to be very different from the Book of Mormon.33 In other words, the Jockers study failed to recognize how misleading the results of their analysis could be if the true author of the text was not included in their selected group of candidate authors. 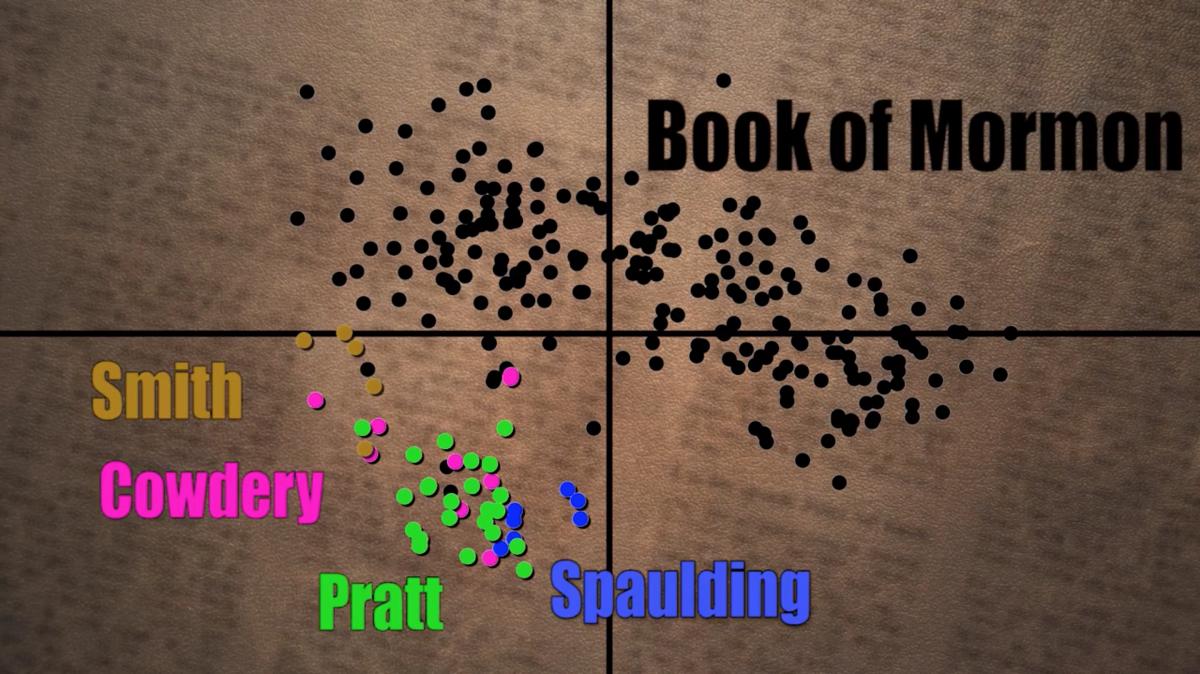 In 2011, Paul Fields, Bruce Schaalje, and Matthew Roper reviewed the Jockers study and introduced an improvement upon the NSC method, which they termed extended nearest shrunken centroid classification (ENSC).34 This allowed for the possibility that an unknown author (or authors) not included in the set of potential candidates could have written the text. The Fields study also included Joseph Smith as a candidate author.

With these adjustments in place and other errors from the Jockers study corrected, Sidney Rigdon and Solomon Spaulding were each assigned a value of 0% for their relative likelihood of authoring the Book of Mormon. Joseph Smith fared little better at 3%. In contrast, the chance of it having been written by one or more authors not included in the set turned out to be 93%.35

While these results cannot identify the unknown author(s) who likely wrote much of the text, they do show that it is highly likely that the author(s) were not any of the 19th century candidates who have been conjectured to have written the Book of Mormon. Thus, the Fields research team offers a third stylometric study on the Book of Mormon which independently contradicts theories of 19th century authorship.

In light of the above studies, it can be responsibly concluded that the Book of Mormon’s internal claims about its authorship are consistent with the best stylometric evidence currently available. While the Holmes and Jockers studies each reached conclusions inconsistent with the Book of Mormon’s claims of authorship, both were later found to be fundamentally flawed. In contrast the Larsen, Hilton, and Fields studies each produced sound results. Their mutually supporting conclusions should therefore be taken seriously by anyone assessing questions of Book of Mormon authorship.36

Stylometry is not a perfect science, but over the years its methods for distinguishing writing styles have become increasingly refined. In fact, it has been demonstrated that stylometric methods are able to detect an author’s word-use patterns even when he or she attempts to write in a different “voice” or to imitate another text’s style.37 The Book of Mormon’s lengthy texts and complex content would make it especially difficult for its true author(s) to fool the stylometric analysis, whether intentionally or inadvertently.

It should be understood that stylometry cannot prove that the Book of Mormon was written by multiple ancient American prophets. What it can reliably demonstrate, and what valid data from the above studies collectively argue, is that (1) the Book of Mormon was written in multiple, distinct authorship styles, (2) these distinct styles are consistent with the authors designated within the text itself, and (3) none of the proposed 19th century authors—including Joseph Smith himself—have writing styles that are similar to those found in the Book of Mormon.

Not only do these conclusions strongly refute the most popular alternative theories for 19th century authorship, but they can also strengthen faith that the Book of Mormon is what it claims to be. Firmly embracing the particular words of Nephi, Alma, or Mormon, as authentic statements spoken by true prophets can increase one’s ability to remain firm and steadfast in heeding their personal words and testimonies.

The prophet Jacob declared, “For, for this intent have we written these things, that [future generations] may know that we knew of Christ, and we had a hope of his glory many hundred years before his coming” (Jacob 4:4). While stylometry is capable of detecting stylistic differences among many of the Book of Mormon’s underlying authors, only the Spirit of God can confirm that they truly were ancient holy prophets who were called by God to testify of Jesus Christ.38