Book of Mormon Central / KnoWhys
How Was Nephi, Son of Nephi, Similar to John the Baptist? 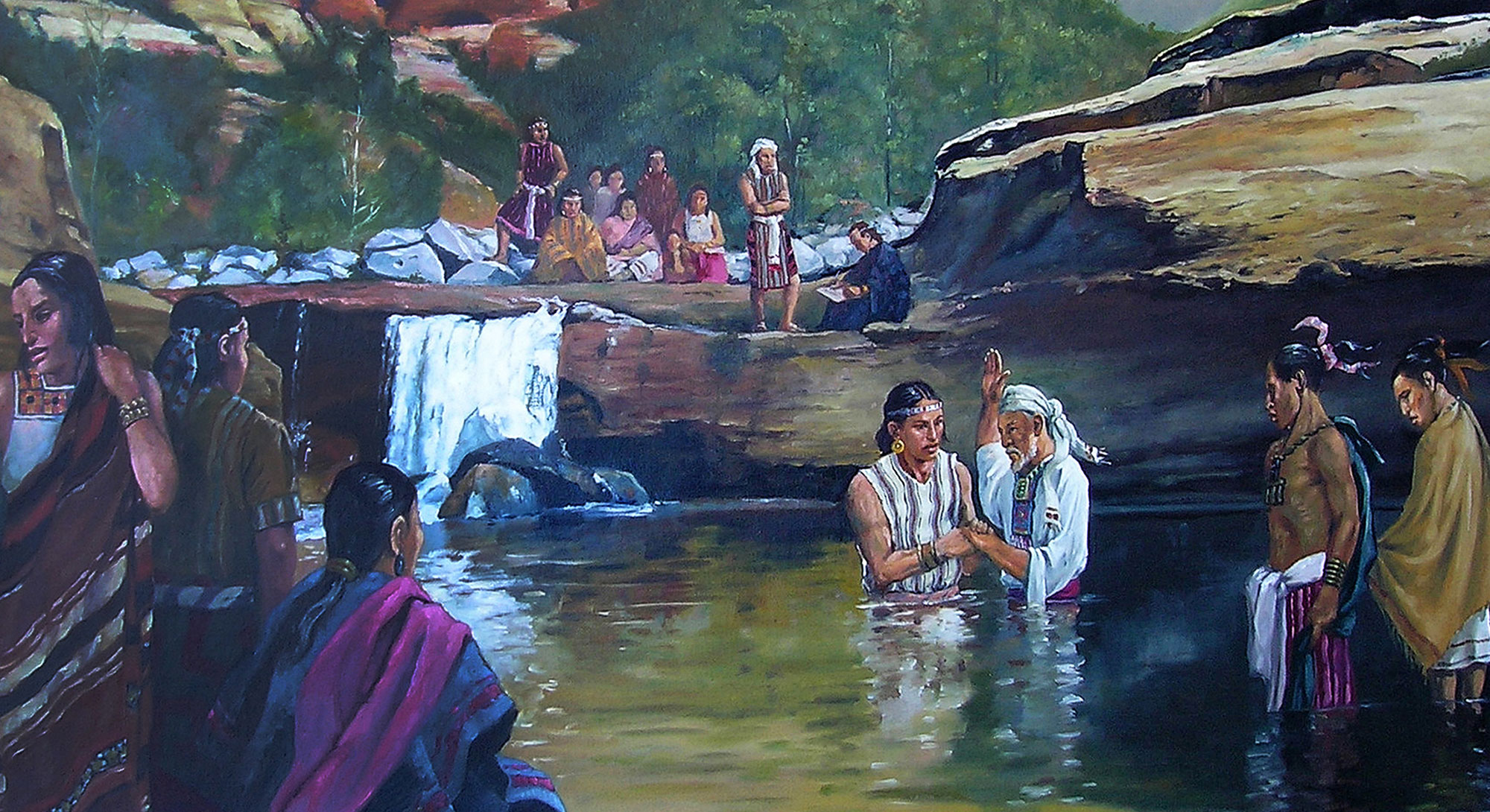 Las aguas de mormon by Jorge Cocco
"And Nephi did cry unto the people … and he did preach unto them repentance and remission of sins. Now I would have you to remember also, that there were none who were brought unto repentance who were not baptized with water."

In the years before the coming of Christ to the Book of Mormon people, Nephi, son of Nephi and grandson of Helaman, performed a role much like that of John the Baptist. The language used to describe his manner of preaching and baptizing is reminiscent of that describing John the Baptist in the New Testament.

The miracles that he performed, especially those recorded in 3 Nephi 7, are similar to those that Jesus Himself would work during His ministry. This Nephi, who was the son of Nephi the High Priest in Zarahemla, can be seen as a forerunner to the coming of Christ in the New World, much as John the Baptist, the son of the priest Zacharias in the temple of Jerusalem, was a forerunner in the Old World. Nephi was emphatic about baptism. Shortly after the sign of the birth of Christ, Nephi “went forth among the people, and also many others, baptizing unto repentance, in the which there was a great remission of sins” and confession of faults (3 Nephi 1:23, 25).

In 3 Nephi 7:23, the record again emphasizes that Nephi “did preach unto them repentance and remission of sins.” This phrasing is very similar to what is said of John in Mark 1:4 (cf. Luke 3:3): “John did baptize in the wilderness, and preach the baptism of repentance for the remission of sins." 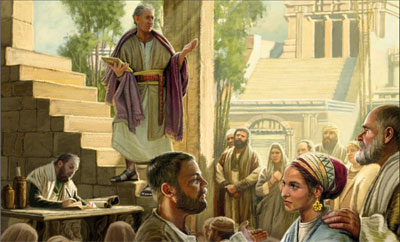 Nephi (and those he ordained) baptized all who had been brought unto repentance and they receive a remission of their sins (3 Nephi 7:24–25). Likewise, John baptized all those who came unto him “confessing their sins” (Mark 1:5).

Shortly before the commencement of the ministry of Jesus in the Old World, Nephi was “visited by angels” and heard “the voice of the Lord” (3 Nephi 7:15). According to the Gospel of Luke, angels were involved in the events surrounding John’s birth and he, too, was privileged to hear the voice of God.1

The Gospel of Mark’s story of John baptizing Jesus leads into the narrative of Jesus beginning to preach and perform miracles. The text states that he did these things “with authority” (Mark 1:22, 27). He preached the gospel (Mark 1:15), cast out unclean spirits (vv. 23–26), and cured the sick (vv. 30–34).  In 3 Nephi 7, Nephi performed many of the same prophetic acts preparing the way for the Messiah, including casting out “devils and unclean spirits” and raising his brother from the dead (v. 19). The record relates that “Nephi did minister with power and with great authority” (v. 17).

Readers may wonder why there are so many parallels between the New World ministry of Nephi, the son of Nephi, and the ministries of John the Baptist and Jesus Christ in the New Testament. Although most people are likely aware that Jesus called twelve Nephite disciples just as he had in the Old World, readers may not have considered that Christ could have chosen a forerunner, like John the Baptist, to prepare the way for his coming in the New World as well. 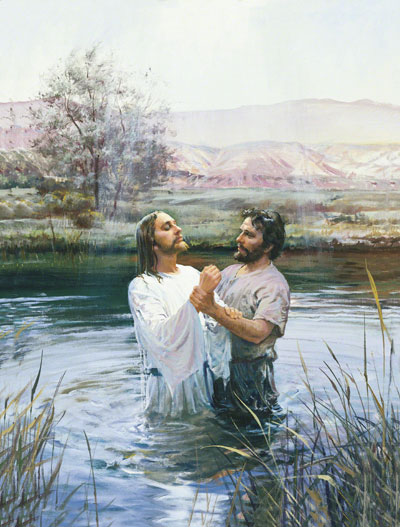 John had been foreordained and sent by God as “my messenger before thy [Christ’s] face, which shall prepare thy way before thee.”2 He had been foreseen as “the voice of one crying in the wilderness, Prepare the way of the Lord, and make his paths straight.”3 John was to serve as a type of Elias, a forerunner to prepare the way for the coming of Christ and the preaching of his gospel.4 In much the same way, Nephi served as “an Elias,” or forerunner, to prepare the Book of Mormon peoples for the visitation of Christ to their lands.

Furthermore, the text of 3 Nephi 7:15 and 18 states that Nephi had been visited by angels and “had power given unto him that he might know concerning the ministry of Christ,” making him an “eye-witness” of things that Jesus would do and say during his Old World ministry. Because of Nephi’s “faith on the Lord Jesus Christ” (v. 18), he had the power (v. 17) to do similar miracles to those which he had seen Jesus do. In this way he was serving, like John the Baptist, to truly “make ready a people prepared for the Lord” (Luke 1:17).

Similarly, there are those in this dispensation who have worked to serve a similar purpose, to prepare the way for the second coming of Christ. Joseph Smith, for example, was called by the Lord to restore his Church and proclaim his commandments to his people (Doctrine and Covenants 1:17–18), and thereby “prepare the way whereby they may come unto [Christ] and call on the Father in [Christ’s] name” (3 Nephi 21:27).

As Alma declared of the righteous people of Gideon, those individuals preparing for Christ's second coming can also walk “in the paths of righteousness … the path which leads to the kingdom of God” and earnestly “[make] his paths straight” (Alma 7:19).5