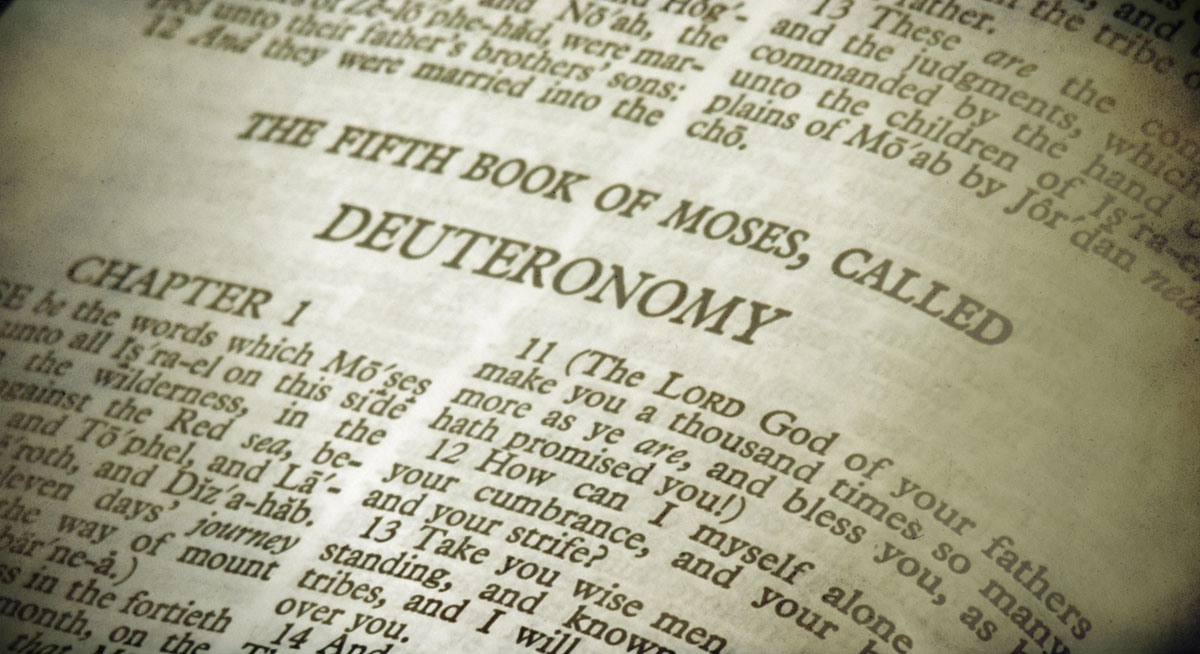 Image by Stephen Orsillo via Adobe Stock
“Surely the Lord hath commanded us to do this thing; and shall we not be diligent in keeping the commandments of the Lord?”

While making repairs to the temple in Jerusalem in the 7th century BC, workers discovered a copy of a book called “the book of the law” and gave it to the high priest Hilkiah (2 Kings 22:8). He, in turn, showed it to Shaphan the scribe, who read the book to King Josiah (v. 9). But “when the king had heard the words of the book of the law … he rent his clothes” in grief, knowing that he and his people had not kept the laws in this book (vv. 11–13).

Shortly after this, King Josiah initiated a series of reforms based on what was in the book (2 Kings 23:3–15). Most scholars now agree that the book the king was so worried about was the book of Deuteronomy.1 Because Deuteronomy was so important in Jerusalem during Lehi’s time, it makes sense to assume that it would have been important to the writers of the Book of Mormon as well.2

1 Nephi 4:34 uses Deuteronomy as well. It states, “Surely the Lord hath commanded us to do this thing; and shall we not be diligent in keeping the commandments of the Lord? Therefore, if thou wilt go down into the wilderness to my father thou shalt have place with us.” This is likely a reference to Deuteronomy 6:17, “Ye shall diligently keep the commandments of the Lord your God, and his testimonies, and his statutes, which he hath commanded thee.” These are not the only examples of shared phrases. Based on research done by Book of Mormon Central Staff, at least 52 different phrases from Deuteronomy appear throughout the Book of Mormon.3

For example, Deuteronomy tells us that good leaders should care more about knowing and keeping the commandments than they do about money or possessions (see Deuteronomy 17:14–20). King Benjamin clearly took this counsel to heart (see Mosiah 2:10–13). His life is an example of how we can apply Deuteronomy to ourselves and become better leaders. Another example is in Deuteronomy 31:9–13, which tells people that they should make the scriptures a focal point of their lives. Alma 5 gives practical ways in which people can make this ideal a reality in daily life.

When we understand how the Nephites lived the commandments contained in Deuteronomy and applied its teachings to their own lives, we can have a better idea of how we can apply Deuteronomy to ourselves as well, allowing it to become an important source of insight into how we can live better lives today.

David Rolph Seely, “Presentation on Deuteronomy in the Book of Mormon,” presentation given at BYU Law School, November 18, 2015, online at archive.bookofmormoncentral.org.