Book of Mormon Central / KnoWhys
Did the Nephites Have a “Holiday Season” Like We Do Today? 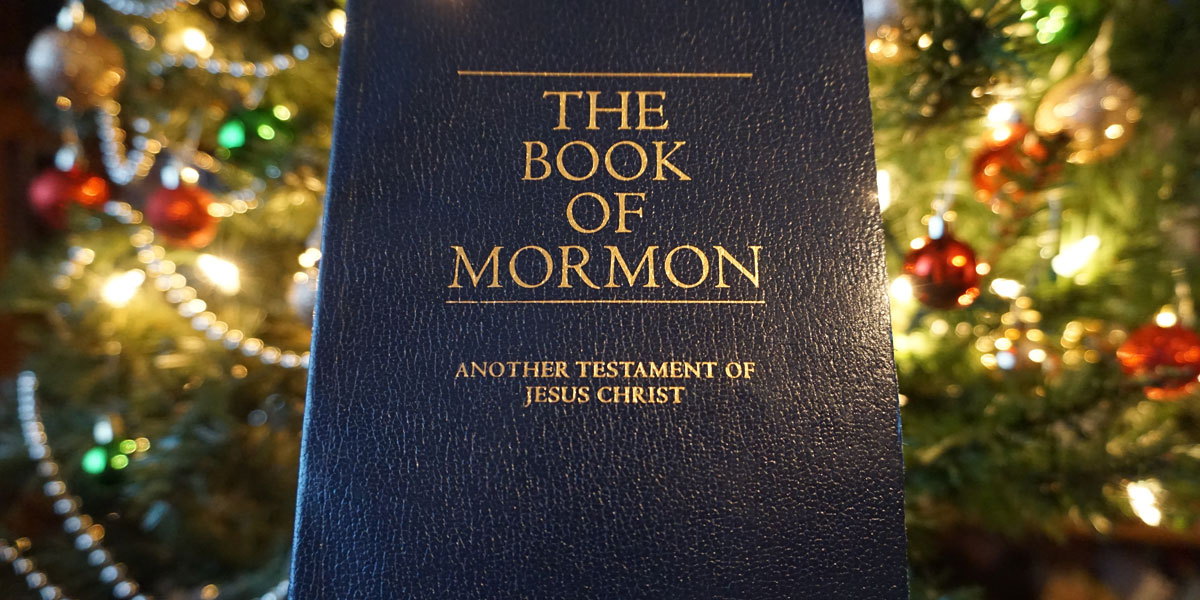 Photograph by Book of Mormon Central
“That they might give thanks to the Lord their God, who had brought them out of the land of Jerusalem, and who had delivered them out of the hands of their enemies, and had appointed just men to be their teachers, and also a just man to be their king, who had established peace in the land of Zarahemla, and who had taught them to keep the commandments of God, that they might rejoice and be filled with love towards God and all men.”

In the United States, the “holiday season,” encompassing Thanksgiving, Christmas, and the New Year, carries with it a special feeling. People try to be kinder, spend more time with family, and they try to have the “Holiday spirit.”

Although the people in the Book of Mormon did not celebrate Thanksgiving, Christmas, and New Year’s like people do today, they appear to have celebrated three similar holidays in close succession in their own sort of “holiday season.”1 These holidays were Rosh Hashana (the Israelite New Year), Yom Kippur (the Day of Atonement), and Sukkot (the Feast of Tabernacles).2

Terrence L. Szink and John W. Welch have stated that “the various components of the autumn festival were celebrated as a single season of celebration in the earliest periods of Israelite history.”3 It was only later on that its “many elements were … sharply differentiated.”4 King Benjamin’s speech “touches on all the major themes of these sacred days, treating them as parts of a single festival complex, consistent with what one would expect in a pre-exilic Israelite community in which the fall feasts were not sharply differentiated but were still closely associated as parts of one large autumn festival.”5 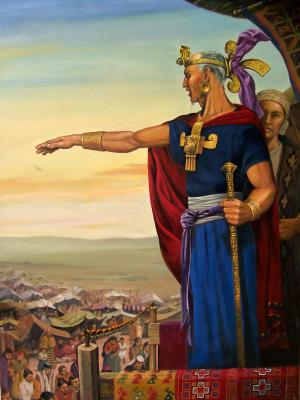 During Israelite New Year’s Day celebrations, for example, worshippers would offer sacrifices of animals that were of “the first year” (see Leviticus 23:24–25).6 This is what Benjamin’s people did. They brought “the firstlings of their flocks, that they might offer sacrifice and burnt offerings according to the law of Moses” (Mosiah 2:3).7 Both events celebrated God’s kingship as well. King Benjamin declared: “If I, whom ye call your king, … do merit any thanks from you, O how you ought to thank your heavenly King” (v. 19).8 Szink and Welch have noted that the Talmud and other Jewish and ancient Near Eastern literature similarly connect the idea of divine kingship directly to the New Year.9

Both the Israelite New Year and King Benjamin’s speech stress remembrance.10 In Leviticus 23:23–25, the event that is the equivalent of a New Year’s celebration is literally called a zikkaron (remembrance).11 The first six chapters of Mosiah alone mention some form of the word “remember” 15 times.12 King Benjamin’s speech and the Israelite New Year also focused on the king.13 Szink and Welch noted, “This was apparently the preferred time for the coronation of the king and the renewal of the people’s covenant to obey him and God.”14 During King Benjamin’s speech, Mosiah received his coronation (Mosiah 2:30), and the people all covenanted to obey the laws of the king and of God (Mosiah 5:5).15

Benjamin’s references to “the atoning blood of Christ” (Mosiah 3:18) are likely allusions to this law.20

Another element of the Day of Atonement was that the priest would cleanse the people from various iniquities, especially from commandments violated in ignorance (Numbers 15:27–29).21

As King Benjamin put it, Christ, through His Atonement, can redeem “those … who have ignorantly sinned” (Mosiah 3:11).22

According to Szink and Welch, Leviticus 16:7–10 describes a ritual “in which the high priest, on the Day of Atonement, took two goats; by casting lots one goat was declared to be ‘for the Lord’ and the other” as a Scapegoat.23 They noted,

A similar dichotomy appears in Mosiah 5:7–12, in which the people are called either by the name of Christ and found belonging at the right hand of God, or are called “by some other name” and found at the left hand of God. According to later rabbinic tradition, if the lot “For the Lord” came up in the left hand it was permissible to switch the lots with their respective goats so that although the determination of which goat was the Lord’s was made by lot, the Lord’s goat would be on the right hand while [the other] would be on the left.24

Finally, Benjamin’s speech is similar to the Feast of Tabernacles (Sukkot).25 Deuteronomy 31:10–12 states that the people should gather as family units near the temple or tabernacle for this festival.26 Similarly, Benjamin’s people were instructed to “gather themselves together” (Mosiah 1:18), “every man according to his family” (Mosiah 2:5), “round about” the temple (v. 6).27 They also stayed in tents during this meeting (Mosiah 2:6).28 Welch and Szink have noted, “Tents were specifically mentioned in connection with the celebration of Solomon’s dedication of the temple … (1 Kings 8:65–66). This feast, in which tents were used, was held in the seventh month (see 1 Kings 8:2) and has generally been thought of as a Feast of Tabernacles.”29 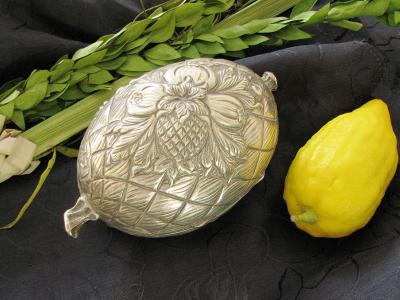 Etrog, silver etrog box and lulav, used on the Jewish holiday of Sukkot. Photograph by Gilabrand via Wikimedia Commons

Also, according to Szink and Welch, ancient Israelites “renewed their covenant with God to be his people and to obey his laws” at the Feast of Tabernacles.30

“Benjamin’s people also enter into such a covenant, and they follow the form of covenant renewal in Israel in detail. Through this covenant, the people became the sons and daughters of God.”31

Also, “Jewish texts attest to the association between the king and the Feast of Tabernacles.”32 In these texts, “the king stands upon a specially constructed platform, and he is given a copy of the law from which he reads various passages from Deuteronomy … dealing with the law and covenant-making.”33 Standing on a tower reciting material related to covenant-making is exactly what one sees in King Benjamin’s speech.

Although it is impossible to know exactly how the people of King Benjamin were feeling when they were listening to his speech, we may be able to have some idea. If his speech was given during the Nephite “holiday season” as it seems to have been, it is possible that they were feeling the way we feel today during our autumn/early winter holiday season.

Sukkot, like our Thanksgiving, is a harvest festival, and would naturally lend itself to the feelings of gratitude for God’s blessings during the year that characterizes the modern holiday. Yom Kippur, for the Nephites, would have been a day when they looked forward with a feeling of reverence towards the sacrifice of the Savior, just as Christmas is for us. Rosh Hashanah, like our new year, is a time of hope and anticipation for the New Year. Although not exactly the same, perhaps the way we feel during the First Presidency Christmas Devotional is similar to the way they felt listening to King Benjamin’s speech, when these feelings combine to create a special holiday spirit.

As Szink and Welch explained, King Benjamin’s speech “makes good sense if one understands Benjamin’s speech as taking place during the season of the year when the Nephites would have been turning their hearts and minds to the kinds of themes and concerns that characterized this time of annual religious renewal and activity in ancient Israel.”34

Regardless of how the people actually felt during this speech, King Benjamin’s focus on Christ and on caring for one another reflects the essence of the “Christmas spirit.” May we all keep this spirit with us this holiday season, and always.