The Four Species used in the festivities of Sukkot
“And now, behold, I would speak unto you concerning things which are, and which are to come; wherefore, I will read you the words of Isaiah”

Nephi consecrated his brother Jacob to the priesthood shortly after their group separated from the followers of Laman, Lemuel, and Ishmael. They established themselves in the Land of Nephi. A temple was built and, somewhat reluctantly, Nephi was acclaimed the first Nephite king (2 Nephi 6:2).

In that context, Jacob delivered a sermon that began with a recital of certain words that he found in Isaiah 49–52. “I will read you the words of Isaiah. And they are the words which my brother has desired that I should speak unto you. And I speak unto you for your sakes, that ye may learn and glorify the name of your God” (2 Nephi 6:4).

The themes discussed by Jacob in this speech (which begins in 2 Nephi 6 and ends in 2 Nephi 10) include such covenant or coronation motifs as the creation, holy garments, the name of God, sacrifice, fasting, God’s judgment, and the remembrance of God’s covenant. 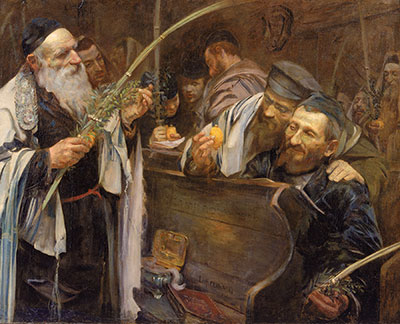 Although some have read these chapters without wondering about the possible backgrounds of the discourse, one Latter-day Saint scholar has looked closely at Jacob’s sermon to do just that. John S. Thompson has discovered the speech contains elements which discernibly parallel salient features of the ancient Israelite autumn festivals (especially the Feast of Tabernacles or Sukkot).

Thompson begins his study by observing that 2 Nephi 6–10 follows the covenant/treaty pattern which is now widely recognized as being found “throughout much of the ancient Near East.” This pattern consists of: 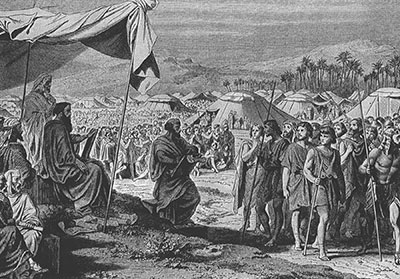 The answer: “The presence of this structure in Jacob’s sermon” strongly suggests he is delivering it during the Feast of Tabernacles, where, according to some scholars, this same pattern was sometimes followed anciently by the children of Israel in renewing their covenant with Jehovah or in installing a new earthly king.2 Thompson concludes, “From the structure and themes of 2 Nephi 6–10, one may conclude that Jacob’s speech was given in connection with a covenant-renewal celebration that was most likely performed as part of the traditional Israelite autumn festivals required by the law of Moses.”3

In speaking about a covenant-renewal celebration, Thompson is referring to an event where members of a covenant community renew their covenants with God and rededicate themselves to keep his commandments. An example of this can be seen in Joshua 24, where Joshua gathered “all the tribes of Israel” to renew their covenants before claiming the land of Canaan as their inheritance (Joshua 24:1). This included swearing loyalty to and faith in the Lord and not worshipping other gods.

Considering that this sermon was delivered at a time when the Nephites were similarly establishing themselves in a new land, it becomes clear that Jacob’s words reflect this ancient Israelite religious covenant-renewal custom. Thompson identifies these sections of Jacob’s sermon as containing the covenant-renewal elements:

In addition, Jacob’s use of words from Isaiah 49–52 and other passages (such as Leviticus 16, 23; Deuteronomy 31; Isaiah 55) makes sense in light of the fact that these chapters also “reflect much of [the] traditional scenario” involving the enthronement of earthly kings during the autumn festivals.5 Such elements include: 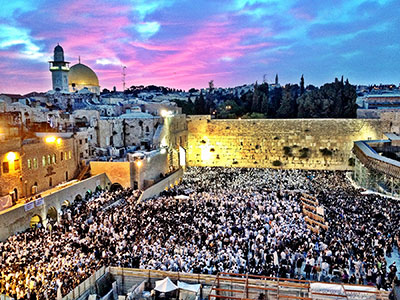 Appreciating the complexity of Jacob’s interweaving of these themes and texts is interesting and useful at several levels. For one thing, these identifiable motifs obviously connect the Book of Mormon to the culture of ancient Israel, which reinforces the book’s antiquity and consistency with the biblical record, helping these two books to become one in our hands today.

The importance and function of righteous kingship is also a strong teaching touched on many times in the Book of Mormon, and so it isn’t hard to assume that Jacob’s sermon served as a theological and ritual precedent for later Nephite kings to follow. For example, many of the same points found in Jacob’s sermon and similar covenant-renewal ceremonies would be incorporated into King Benjamin’s own speech four centuries later in Nephite history (Mosiah 2–6).6

Ultimately, Jacob’s speech highlights the focus the Nephites maintained in  reinforcing faith in Christ. Thompson concludes, “Since Israelite festivals were included in the law of Moses, the Nephites likely carried them out with full understanding that the elements of the festival all typify of Christ and point to his coming.”7

Developing faith in Christ, both for the ancient Nephites and for modern Latter-day Saints, includes making, keeping, and renewing sacred covenants. Just as modern religious holidays (such as Easter and Christmas) include specific themes and cultural practices, so too ancient religious holidays or festivals (such as the Feast of Tabernacles) included specific themes and cultural practices which appear in the Book of Mormon, reminding us to choose to serve the Lord and keep his covenant.