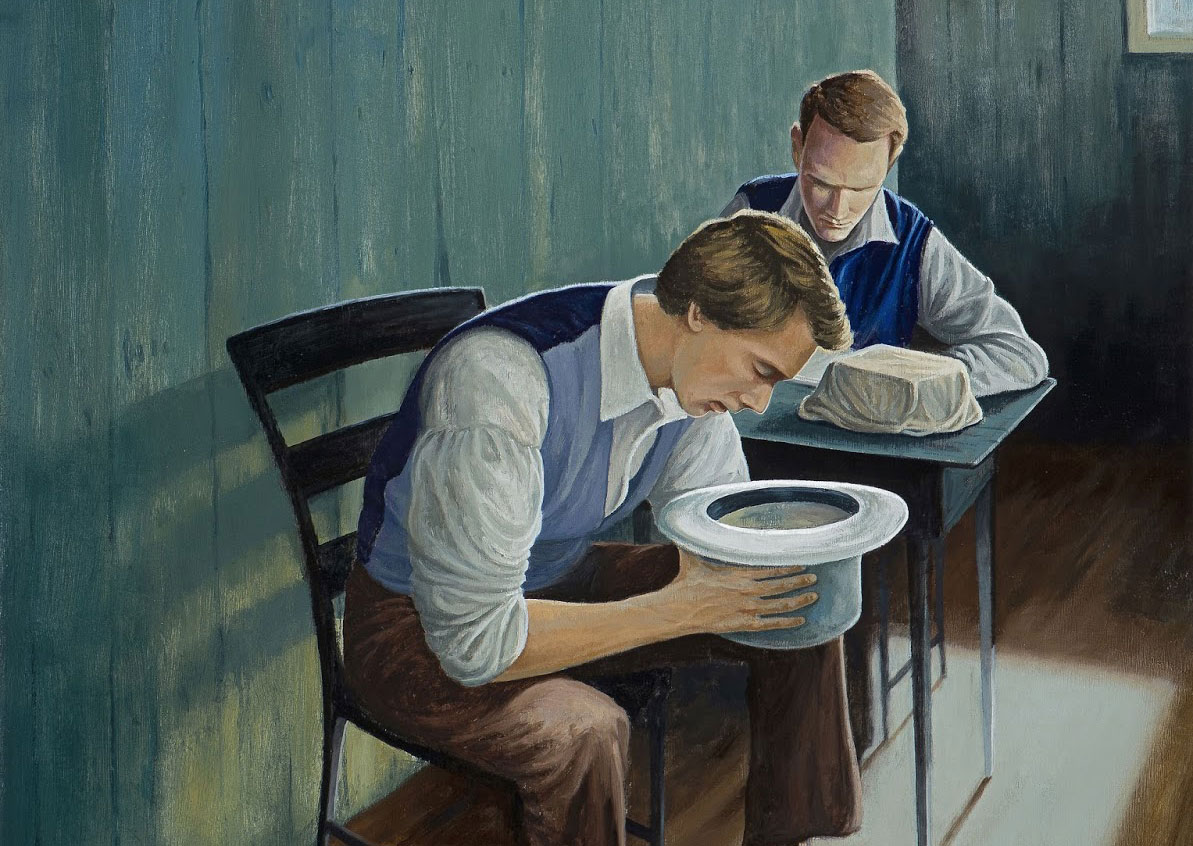 The Isaiah quotations in the Book of Mormon follow, to a large extent, word-for-word the King James Translation. What might this tell us about the nature of the Prophet Joseph Smith’s translation of the plates? Royal Skousen’s work on the critical text of the Book of Mormon provides important clues about the Isaiah chapters which may help answer this question.1

By “textual criticism” scholars do not mean negatively judging the text, but rather using scholarly tools to study it closely. As Richard N. and R. Kendall Soulen explained, “The function and purpose of textual criticism is of a dual nature: (1) to reconstruct the original wording of [a given text]; and (2) to establish the history of the transmission of the text through the centuries.”2 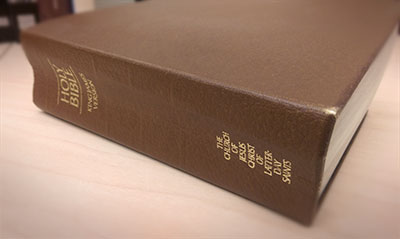 By studying the original text of the Book of Mormon’s Isaiah chapters with the tools of textual criticism, Skousen has identified eight important findings.

First, “The base text for the Isaiah quotations in the Book of Mormon is indeed the King James Version of the Bible.”3 Whatever portions of Isaiah were accessible to Nephi on the brass plates and ultimately quoted on his small plates, it seems clear the translated English of the Book of Mormon text follows the KJV and is not a wholly original translation of Joseph Smith’s. The exact reasons for this remain debated by scholars,4 but the answer likely relates to what the Lord revealed to Joseph Smith in 1831: 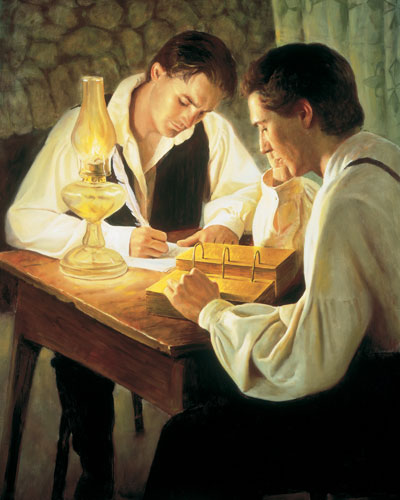 Later in 1842, the Prophet similarly remarked about the translation of a passage from the biblical book of Malachi: “I might have rendered a plainer translation to this, but it is sufficiently plain to suit my purpose as it stands” (D&C 128:18). The objective of translation is to speak with sufficient plainness to the main target audience.

Second, Skousen finds evidence in the  original Book of Mormon manuscript that shows that the Isaiah passages and other biblical quotations were “dictated by Joseph Smith; no physical copy was given to Oliver Cowdery to copy from.”5 This finding agrees with what the witnesses of the translation said, namely that Joseph Smith used no books or notes in bringing forth the Book of Mormon text. Likewise, Skousen also points out that this can be confirmed by Oliver Cowdery’s misspellings of certain words, which makes sense if he was hearing a text being dictated and not copying from a printed page. 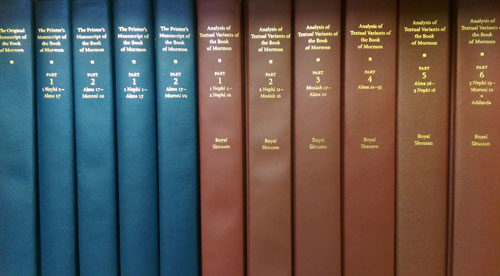 Fourth, “The original Book of Mormon text is closer to the King James Version.”9 By this Skousen means Oliver Cowdery made a few alterations, whether purposely or inadvertently, to the Isaiah quotations as he prepared the Printer’s Manuscript of the Book of Mormon for publication. As such, the Original Manuscript is closer to the KJV than subsequent editions of the text.10

Fifth, “The majority of differences between the Book of Mormon text and the Isaiah text are not associated with italicized words in the King James Version.”11 The significance of this remains a point of contention among scholars, since some changes do align with the italicized (supplied) word in the KJV, and how closely the Book of Mormon follows the KJV’s italics may indicate whether Joseph was directly copying from or subconsciously influenced by the KJV.12

Sixth, “Corrections in the original manuscript give very little evidence for the hypothesis that Joseph Smith altered the text while he supposedly read it off from a King James Bible.”13 Essentially, Skousen finds no evidence that Joseph Smith was consciously editing or correcting himself as he dictated the Isaiah passages in 2 Nephi.14 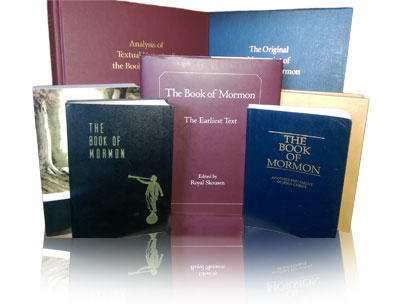 Seventh, “The few Isaiah passages that have been quoted more than once in the Book of Mormon may provide evidence for helping to restore the original reading.”15 Here Skousen has in mind the few instances where the Book of Mormon quotes the same Isaiah passage twice (such as Isaiah 11:4–9 in 2 Nephi 21:4–9 and again in 2 Nephi 30:9, 11–15). These cross-checks show a consistency in Joseph’s translation processes, as he would not have turned back to that block of text in his printed Bible as he wove those verses into Nephi’s explanation of that passage quoted earlier.

Eighth, “Joseph Smith’s ‘New Translation’ of the Bible used the 1830 edition of the Book of Mormon as a source for changing some of the corresponding biblical text in Isaiah.”16 From the available evidence it would appear that the Prophet based some of his revisions of the biblical text (called today the Joseph Smith Translation) on the Book of Mormon, not on the KJV. Skousen explains,

Without a doubt, the words of Isaiah are difficult to interpret. They were probably hard for people in Isaiah's day to understand, and they are even harder to grasp today. But the Book of Mormon encourages and enables modern readers to find great value in Isaiah’s important prophecies. The sheer volume of Isaiah chapters in the small plates of Nephi tells us that Lehi, Nephi, and Jacob saw Isaiah (who died only about twenty years before Lehi was born) as the guiding star of Israelite prophets in their day.

Ancient scribes were, for the most part, extremely conscientious. Although changes could occur from one copy to another, it is impressive to see how close the Isaiah texts in Dead Sea Scrolls still conform to the Masoretic Hebrew over a thousand years later. This helps to explain why the Isaiah texts in the Book of Mormon conform substantially with those in the Bible.

Where differences occur, scholars may wonder what those difference may or may not mean. This examination of minute variants is indeed a complex subject, and ordinary readers may well find the payoffs to be less than the effort required to delve deeply into this complex and arcane topic. It is still helpful and worth knowing, however, that such textual criticism provides insight into the textual history of our sacred Book of Mormon text, where every word counts. It also helps readers understand a little better how the text was revealed to the Prophet Joseph Smith.18

Even though this topic is indeed complex, these issues “never prevent us from understanding the spiritual message of the Book of Mormon.”19 In the details of the Book of Mormon’s text we can find joy and rich meaning, especially in Isaiah’s prophecies concerning the coming of the Redeemer and the gathering of Israel in the last days. We can likewise better appreciate the concentration and inspiration that went into the translation of the Book of Mormon on the part of the Prophet Joseph Smith and the meticulous diligence of his scribes who recorded his carefully dictated words.